Following the three-day holiday weekend, investors came back to work to find the stock market soaring, with the Dow Jones Industrials climbing more than 200 points by 10:45 a.m. EDT. Short-term-focused news sources attributed the gains to rising consumer confidence and a modestly better-than-expected report on home prices, with year-over-year price gains in the Case-Shiller index rising almost 11%.

Yet behind those gains, the real story appears to be the continued resolve of central banks around the world to continue moving forward with their respective strategies to stimulate economic growth. Comments from central-bank board members at the European Central Bank and Bank of Japan inspired the same market reaction that Federal Reserve members’ comments create in the U.S., and while it’s important to remember that individual members’ comments do not necessarily reflect the opinion of the central bank, they do fit with the general trend toward erring on the side of too much easing, rather than not enough.

Among individual stocks, Merck & Co., Inc. (NYSE:MRK) is the big winner in the Dow, rising 2.2% after analysts at Jefferies upgraded the stock. Many investors share the analyst firm’s opinion that when you consider the various components of Merck’s business, their value makes the stock’s current price look attractive. 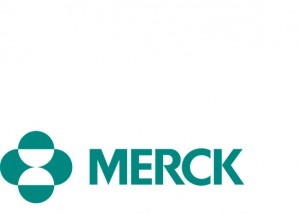 So far, Merck & Co., Inc. (NYSE:MRK) hasn’t been as aggressive as many of its peers, which have spun off major divisions in order to unlock value. Most recently, rival Pfizer Inc. (NYSE:PFE) took steps to divest itself of a larger portion of its stake in animal-health business Zoetis Inc (NYSE:ZTS) after having made a modest initial public offering of Zoetis shares earlier this year. Given enough pressure to do so, Merck might well join in on the spinoff fun.

UnitedHealth Group Inc. (NYSE:UNH) has climbed 2.1% as the long-awaited state health exchanges under Obamacare finally start to take shape. As Fool contributor Sean Williams noted last week, the newly unveiled California exchange included neither UnitedHealth nor many other major insurance companies, raising concerns about whether the program will really deliver the rise in profitable policyholders that some investors were looking for. Some insurance peers have already started to cut their internal growth projections, but for now at least, investors don’t appear to be too concerned.

Finally, outside the Dow, Valeant Pharmaceuticals Intl Inc (NYSE:VRX) has soared another 9%, adding to a 13% jump Friday after the company followed through on its rumored buyout of privately held Bausch & Lomb. The $8.7 billion deal will give Valeant Pharmaceuticals Intl Inc (NYSE:VRX) a big competitive edge in the eye-care market, which looks increasingly promising as an aging population faces potential vision problems.

The article The Story Behind the Dow’s 200-Point Morning Surge originally appeared on Fool.com and is written by Dan Caplinger.

Fool contributor Dan Caplinger has no position in any stocks mentioned. You can follow him on Twitter @DanCaplinger. The Motley Fool recommends UnitedHealth Group Inc. (NYSE:UNH).