Merck & Co., Inc. (MRK) Stock Is a Good Investment (According to Merck)

Merck & Co., Inc. (NYSE:MRK) just can’t get enough of its stock. And the pharma wants it now.

The company announced Tuesday after the close that it had set up an accelerated share repurchase agreement with Goldman Sachs Group, Inc. (NYSE:GS) to buy $5 billion worth of Merck stock. The agreement calls for Goldman Sachs to deliver 99.5 million Merck shares at current market prices — about $4.7 billion at current prices — with the rest based in a weighted average of the price of Merck stock during the program that’s scheduled to end no later than Nov. 25. 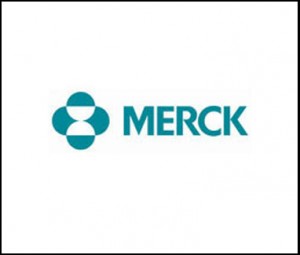 Through April, Merck & Co., Inc. (NYSE:MRK) repurchased $772 million worth of Merck stock this year. The purchases are part of a $15 billion stock repurchase that Merck announced earlier this month and the remaining part of a $5 billion stock program from 2011.

Merck actually borrowed money to finance the repurchase. It’s not like it couldn’t afford to make the purchase with cash on hand; at the end of the first quarter Merck had a nest egg of $13 billion. But much of that cash is likely overseas.

Is Merck stock really cheap?
Merck & Co., Inc. (NYSE:MRK) is guiding for adjusted EPS between $3.45 and $3.55. At the midpoint, its P/E is 13.5. If you flip that number over — earnings divided by price — you get the earnings ratio of 7.4%, meaning that essentially every dollar Merck spends buying back shares yields 7.4% because it removes shares from the EPS equation.

The company also doesn’t have to pay the dividend — currently 3.7% — on Merck stock that it buys, so that increases the return on the repurchases.

The buybacks certainly looks like a good move for Merck. It can use the money it would have spent on dividends to pay the interest on the bonds and increase its EPS in the process. That should, in theory, increase its value.

Better use?
The buybacks are a good move, but they might not be the best use of Merck & Co., Inc. (NYSE:MRK)’s cash. It’s possible that Merck could get a higher return by buying other companies to boost EPS by increasing earnings rather decreasing share count. As it struggles with falling revenue from generic competition, Merck stock could use a boost.

Amarin Corporation plc (ADR) (NASDAQ:AMRN) would be a good fit with its lipid-lowering drug, Vascepa. Merck sells cholesterol-lowering Zetia and combo products, so the overhead to market an additional cardiovascular drug would be pretty minimal. Amarin Corporation plc (ADR) (NASDAQ:AMRN) is looks cheap at $1 billion, although the strength of its patents is a potential issue and may be the reason why no one has bought the company yet.

Another option would be for Merck to buy one of its partners. The company is developing cancer drug vintafolide with Endocyte, Inc. (NASDAQ:ECYT). Merck is on the hook for $880 million in milestones if development of the drug goes well. The pharma can save that cash if it’s willing to roll the dice before the milestones are triggered; vintafolide is in a phase 3 trial for ovarian cancer and phase 2 studies in lung and breast cancer.

There’s also Ariad Pharmaceuticals, Inc. (NASDAQ:ARIA). Merck has experience with the company since they developed ridaforolimus together, but Merck would be buying Ariad Pharmaceuticals, Inc. (NASDAQ:ARIA) for its new wholly owned leukemia drug Iclusig. I like the potential of the drug — although at a $3.4 billion market cap, there’s a lot of sales already priced in.

Buying back Merck & Co., Inc. (NYSE:MRK) stock is clearly the safer route, but buying a company or three to boost its drug offerings has more potential. For share repurchases, there’s no opportunity to grow the investment beyond the immediate boost to EPS, while the benefit from increased earnings a drug provides can compound over time.

The article Merck Stock Is a Good Investment (According to Merck) originally appeared on Fool.com and is written by Brian Orelli.