OAB Therapeutics Market on the Decline

Even though current estimates for the OAB therapeutics market reach over $1.8 billion per year, future estimates show a slow but steady decline to $1.3 billion annually by 2019. Causes for this decline include the expiration of patents for brand name prescription treatments including Detrol, Detrol LA, and Toviaz, all manufactured by Pfizer Inc. (NYSE:PFE) and Oxytrol – patents that start to expire over the next six years. Expiring patents mean generic drug companies can manufacture and distribute their own versions and drive up the competition.

Merck’s ability to offer an OTC version in the coming months helps secure its place in this market. With a growing population in need of OAB drug treatments, the convenience of going to a drug store and buying a product directly instead of visiting a physician for a prescription will definitely help Merck stand out from the increasing number of generic prescription versions developed over the next few years.

Other reasons for the slow decline of profits from OAB therapeutic drug treatments include increased demand for products such as protective pads for undergarments, the practice of Kegel exercises to strengthen pelvic floor muscles that help provide better bladder control, and the recent FDA approval of other types of treatments including Botox, manufactured by Allergan, Inc. (NYSE:AGN) for OAB patients who have had adverse reactions to existing prescription drug treatments. According to a study conducted by the U.S. government, a single injection of Allergan’s Botox into a woman’s bladder was found to reduce urinary incontinence as effectively as daily drugs and is better at resolving the problem. Allergan recently hit a new 52-week high after climbing nearly 15% so far in 2013. This strong performance stems from the company’s solid revenue growth, modest debt levels, and strong cash flow from operations, putting it in an overall solid financial position.

Since 2003, physicians have prescribed over 40 million Actavis Oxytrol patches worldwide. Unlike other prescriptions like Detrol, Detrol LA, which patients have to ingest, or Gelnique, a topical treatment, patients simply remove an old patch every few days and replace it with a new one. For those that have issues swallowing pills or develop skin rashes after using a gel treatment, the Oxytrol patch may prove more effective.

To determine the potential earnings for the OTC version of Oxytrol, consider that Pfizer earns roughly $700 million in annual sales of Detrol LA.  And while it’s too early to tell how much Merck will profit from its OTC version, given that many women don’t visit a doctor for an OAB prescription due to embarrassment or shame, an OTC medication will definitely become an attractive alternative.

With new FDA approval standards, the potential for upcoming competition in the OTC market may hit Merck faster than expected – especially if this version of Oxytrol sells well. In addition to selling generic versions of prescription OAB medications, pharmaceutical companies may try to gain FDA approval for OTC versions as well.

Also, for the time being, only women can use the medication. Actavis will continue to offer a prescription version for men. Many estimates show that at least 13 million men suffer from overactive bladder – this means a good chunk of the market does not have an OTC alternative. Merck should jump on the opportunity to gain FDA approval for a men’s version as soon as possible to adequately cater to this segment of the market before other companies enter it.

Merck should also consider manufacturing its own generic OAB prescription version once the patents expire to make it reach all facets of the OAB market.

Even though entering the OAB market won’t have a huge impact on Merck’s overall sales/revenue, investors should consider management decisions that include applying for FDA approval for an OTC drug treatment for a condition most women find too embarrassing to see their doctor about and applaud the company’s ingenuity and foresight. In addition to sound decisions, the company reported stable third quarter earnings for 2012. With sales/revenue of $11.5 billion, net income of $1.73 billion, and free cash flow of $1.43 billion, the company should remain a good investment throughout 2013.

The article Merck Scores In The Declining OAB Therapeutics Market originally appeared on Fool.com and is written by Maxwell Fisher.

Is Teva Pharmaceutical Industries A Good Stock to Buy? 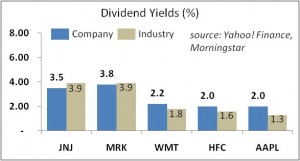 Shorts Are Piling In, Should You Be Worried? – Citigroup Inc. (C), Exxon...