New York, December 8, 2020 (INSIDER MONKEY WIRE)– Meet Mr. Biotech: At only 37 years old, Dennis Herrera, aka Mr. Biotech, has exploded onto the Biotech scene, positioned to become, what some might call, the next big thing in the field of Biotech investing.

At first glance, Herrera, a Brooklyn native, has a refinement to him one might imagine came from a life of wealth and privilege. However, quite the opposite is true. Herrera credits his upbringing for the great success he is experiencing today. 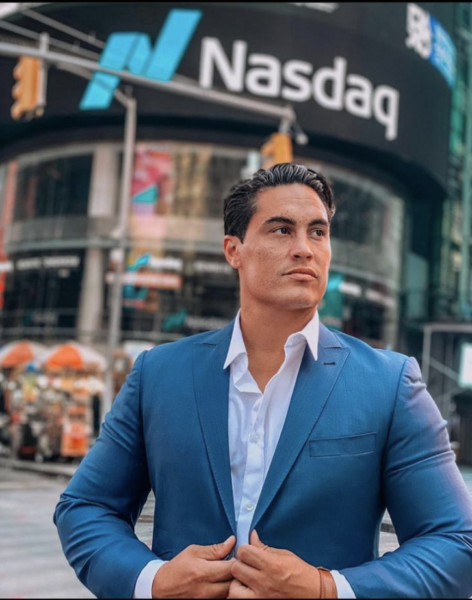 “My grandparents were immigrants. I grew up in a working-class family during the 80s in New York City. It was tough. But my parents always taught me the value of hard work. When my pops opened up his own auto body shop, I guess you can say my entrepreneurial spirit took hold, and at the age of 12, I started my first business washing cars at my dad’s shop.”

From there, Herrera continued that spirit, starting his own DJ business, Rockwell Productions. While in college, he started spinning at some of the hottest spots in New York City, locking in contracts with catering halls and other major venues. Although fun at the time, Herrera knew he wanted more, and as luck would have it, one early morning, he stumbled across an ad for an entry-level position at a Wall Street firm. He made the decision to sell the very lucrative Rockwell Productions, and within 12 months, working 18 hours a day, Herrera was on Wall Street performing as well as many of the more seasoned traders.

Once licensed, a 21-year-old Herrera began seeing massive returns, very much enjoying the lifestyle that came with the beginner’s luck he was experiencing. His first major gamble was on a little known drug at the time, that was eventually acquired, and became Cialis. But Herrera quickly learned the downside to allowing emotions to get in the way of investing. With a relatively little experience, like most young investors, after only a few years in the game, Herrera lost it all.

“It’s humbling to find yourself sleeping back on your Abuela’s couch, hopping the subway turn-style in a suit to get to your Wall Street job.”

But, with great resolve, he came back better than ever. At 25, he decided to move to the financial district to immerse himself in his new opportunities and completely dedicate himself to his work. Most importantly, later that year, Herrera welcomed his son into the world; another great turning point in his life and career.

Over those next few years, Herrera spent day after day, hour after hour honing his skills and knowledge. His determination and work ethic catapulted him to the top of his field as one of the most influential leaders in biotech investing.

The HIV pandemic of the 80s led to massive government funding and intervention which caused the great biotech bubble of the 80s. Covid is currently producing the same type of atmosphere again, with Operation Warp Speed pushing research, development, and distribution of a vaccine for Covid.

“In 2008, one of my biggest investments in biotech was in stem cell research. Obama was about to take office and the funding and government support was there for that industry. I just knew it was the right move.”

And boy was Herrera right!

After branching out on his own, Herrera created some of the most successful sales teams in the business. He helped finance dozens of late-stage life science companies with disruptive technology.  He took the lessons learned and parlayed them into the mammoth empire he has built for himself today.

Now, with over two decades in the game, Herrera, aka Mr. Biotech, founder of NuDay Capital, is ready to share what he has learned. His heavily anticipated book, The Biotech Game, along with his 10 Rules for Biotech Investing, is set to be released later this year. He hopes to help new investors reach great success while avoiding some of the pitfalls he made early on in his career.

And Mr. Biotech says the writing on the wall again today.

“Look at what is happening around us. We are positioned for a revolution in the biotech sector.”

“Operation Warp Speed has pumped 10 billion dollars into the system. That money is just starting to trickle down. This is the perfect time to invest in the pharmaceutical industry.”

In addition to managing money for some of the most powerful people in America, Hererra sits on the board of Operation Warrior Shield, an organization providing necessary support to soldiers experiencing the effects of their service.  In his downtime, he loves traveling, competing in triathlons, and spending time with his son.

For more information about Dennis Herrera visit these channels

Insider Monkey News Department was not involved in the production of this press release.