Warren Buffett has always loved newsprint. One of his most famous and successful investments was in The Washington Post Company (NYSE:WPO). While many people are aware of Jeff Bezos’ decision to purchase the company’s flagship newspaper for $250 million, fewer people know about Buffett’s successful investment in the paper’s former parent company. The Oracle of Omaha has seen his investment in The Washington Post Company increase at a 65% CAGR for the past nine years. Growth like that would turn a $1 investment into $90.65 in just under a decade, the kind of returns we all dream of.

Investors should watch what moves Buffett, and his right-hand man Charlie Munger, have made in the news distribution field. In 2012 Buffett bought Media General, Inc. (NYSE:MEG)‘s  newspaper assets for $142 million. Meanwhile, Charlie Munger has taken up the role of chairman at the Daily Journal Corporation (NASDAQ:DJCO).  It would appear that the two men most responsible for the meteoric rise of Berkshire Hathaway are investing in media, so should we follow their lead? 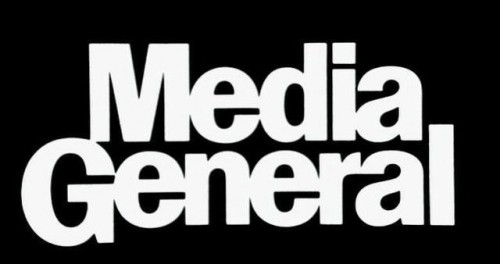 Despite the stock’s enormous rise, circulation for its flagship newspaper has declined by 38.6% during the past decade. The operating profit for the paper was $109 million in 2002, and in 2012 it lost $53.7 million. Those factors undoubtedly contributed to the parent company’s desire to rid itself of this ailing asset.

Yet the stock still rose spectacularly. The namesake paper only makes up a small piece of the company’s pie–its education segment generates the bulk of its revenues.

That segment includes Kaplan educational products and services, which range from test preparation to online courses to physical college campuses. Most of the revenues from the company’s biggest segment come courtesy of the federal government and are used to issue student loans. The default rate on the company’s student loans is 16.5%.

Between 2010 and 2012 revenues from the education segment dropped by 21.7%. International sales have shown solid growth for the segment, but domestic revenues (which comprise 65.2% of the segment’s total) not so much.

Not unexpectedly, the company’s television broadcasting operations had a banner year in 2012. Nearly $60 million in operating income was generated from political campaigns and the Olympics. However, if you ignore the profit from those two special events in 2012, the operating profit from the company’s broadcasting operations has declined by 20% since 2009.

The Washington Post Company (NYSE:WPO) is a $4.3 billion dollar company with a strong balance sheet. However, revenues and profits are declining in more than one of the company’s core operations. The company’s 3 year average P/E of 24.5 is too expensive for me.

Product of a merger between television stations

What is Media General, Inc. (NYSE:MEG) without newspapers? Its revenue now comes primarily from 18 television stations in Florida, Alabama, Ohio, and North Carolina.

This company has a debt problem. Over the past three years Media General, Inc. (NYSE:MEG) has paid more in interest charges than it has generated in net income. Its equity is negative $206.4 million. The company’s debt to Berkshire with the ridiculous interest rates has since been refinanced–the interest rate on the company’s debt is now 4.25%.

In addition to escaping the Berkshire loans, Media General, Inc. (NYSE:MEG) wanted to refinance in order to complete a merger with another operator of television stations. It seems to me Media General isn’t generating much in profits and has a ton of debt. Betting on the successful merger of two operators of a combined 31 television stations pales in comparison with the opportunity in the Daily Journal Corporation (NASDAQ:DJCO).

Is The New York Times Company (NYT) Going to Burn These Hedge Funds?

The E.W. Scripps Company (SSP) Is A New Position in This Hedge Fund’s...