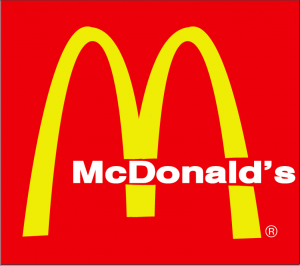 Despite McDonald’s Corporation (NYSE:MCD) being a $100 billion company, the company isn’t without its disappointments. First, same-store sales were down .6% in April — a drop that was attributed, in part, to low sales in Europe and Asia.

But even in America, McDonald’s Corporation (NYSE:MCD) suffers in comparison to competitors like The Wendy’s Company (NASDAQ:WEN). Almost as soon as ads started popping up for McDonald’s value menu, other fast food franchises released their own version of the menu. Wendy’s, Arby’s, Taco Bell, and Burger King Worldwide Inc (NYSE:BKW) came out with their own selection of foods at rock-bottom prices.

Value isn’t enough to win customers over, however. A recent survey of customers put The Wendy’s Company (NASDAQ:WEN) in first place for food quality with 50.9% of the votes. Burger King Worldwide Inc (NYSE:BKW) earned 44.2%, while McDonald’s Corporation (NYSE:MCD) landed only 37.4% of the vote. For taste and flavor, the restaurants fared similarly, with 56.5% of customers preferring Wendy’s, 49.4% choosing Burger King, and 40.7% choosing McDonald’s Corporation (NYSE:MCD).

Surprisingly, taste doesn’t translate to earnings. McDonald’s is still the clear financial winner, with $1.27 billion in earnings for the first quarter of 2013. Wendy’s reported a $2.1 million profit for the same quarter, although the company emphasizes that menu and restaurant redesign cut into some of its profits.

Burger King, for the same quarter, reported $35.8 million net income for its first quarter of 2013, which was an increase of $21.5 million from last year at the same time. However, revenue for that quarter dropped more than 40% as Burger King struggled to cut expenses and improve its brand.

While value menus have been effective in luring economically-challenged customers, they haven’t translated into major earnings. Restaurants continue to offer bargain-priced items in order to keep up with competitors because, as the Wall Street Journal recently pointed out, value-menu shoppers are frequent visitors to fast food chains.

Hopes are high for the three chains — especially Wendy’s, whose flat bread sandwiches moved especially well during the month of April. McDonald’s is countering its value prices with its McCafe coffees and shakes, along with its new premium wraps, appealing to the Starbucks crowd while still emphasizing its affordable menu items.

In fact, it’s McDonald’s work to stay updated that is partly responsible for its continued success. The chain has evolved far beyond serving mere burgers and fries, today offering an affordable variety. While Wendy’s and Burger King offer their own variety, McDonald’s, like Wal-Mart, has long been the go-to choice for consumers. Plus, like its value menu, McDonald’s stock is affordable to investors. The McDonald’s price-to-earnings multiple is only 18.53, while Wendy’s falls at around 1,500. That, in itself, may be enough reason to choose McDonald’s.

The article McDonald’s Still Reigns, Despite Customer Preference originally appeared on Fool.com and is written by Stephanie Faris.