Embattled food chain store, McDonald’s Corporation (NYSE:MCD), will start selling beef and chicken burgers in some Chinese cities, resuming full menu two weeks after one of its suppliers was accused’ and placed under investigation for selling expired meat. McDonalds will resume full menus in the cities of Beijing, Guangzhou this week, with Shanghai expected to return to normalcy as the month progresses. 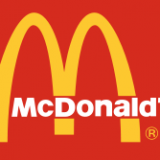 “McDonald’s Corporation (NYSE:MCD) will now resume serving full menu in Beijing and other Chinese cities this week. This comes, of course, after that expired meat scandal at one of its regional meet suppliers forced it to cut back on some of the popular offerings. No word yet on Yum! brands, which has a bigger exposure to the China […],” a CNBC report said.

However, CNBC’s Jim Cramer remains pessimistic on McDonalds changing its fortune in the market on the back of increased scrutiny in China and the immense pressure that the company is facing from healthy eating habits activist.  McDonald’s Corporation (NYSE:MCD)’s struggles have not only been in China; the company was forced to pull out of the Crimea region after the region decided to launch its Russian version of the McDonalds.

“People keep waiting for McDonald’s Corporation (NYSE:MCD) to turn around. I think that the idea of eating healthy is such a powerful trend that McDonalds is always the irony. […] I think McDonalds is going to be challenged’ on the actual fundamental of what they serve,” Cramer said .

McDonald’s Corporation (NYSE:MCD) was forced to cut ties last month with Shanghai Husi Food supplier after a television report started investigations into improper handling of meat by the unit. McDonalds’ move has already caused widespread shortage of meat in parts of China as food inspectors sprang into action to check the quality of meat supplied to various outlets.

McDonald’s Corporation (NYSE:MCD) has already reiterated that it plans to go back to the origin of food to ensure stringent inspection of the raw materials before they find their way into its kitchens. In Hong Kong, the food chain has already started importing Lettuce and fresh onions directly from the U.S and Taiwan.

Is Visa Inc (V) Headed A Strong Growth Ahead Or Is It Facing A Decline?

McDonald’s Corporation (MCD)’s Might Face Liabilities for Its Franchisees...