The atrocities in Syria are beyond comprehension. The horrors that the people of that country are enduring are terrible. Those that are responsible should be shown no mercy. While this is not the platform to address the evils that are happening in Syria, it should be made perfectly clear that this author doesn’t take such events lightly.

However, as investors, there are lessons that we can draw from the market’s reaction to the news of a possible U.S. military intervention in Syria. Let’s take a look at what’s going on, and a historical parralel.

Nearly all of the major market shifts are a product of something that’s unpredicted. And while it’s still very early in this story, there’s little doubt that a prolonged U.S. military involvement in Syria will have an impact on Wall Street. Let’s take a look at how the Gulf War in 1991 affected the markets: 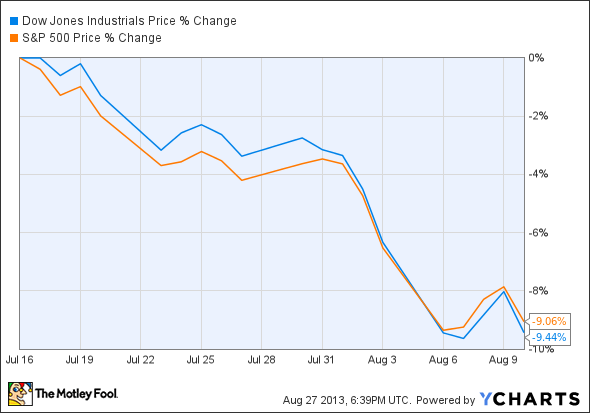 A quick summary of the events:

In about three weeks, the US markets gave up more than 9% of their value. This had little to do with the fundamentals of the market, or of the businesses that made it up. Sure, a massive military action of unknown length and expense would have an affect on the results of the businesses, but the market’s reaction, i.e. mass selling by investors, was a product of uncertainty and fear.

Let’s take a look at another chart: 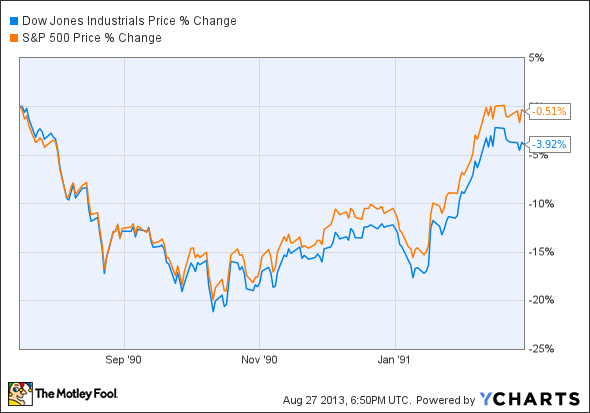 This covers the seven month period of the war, both operations Desert Shield and Desert Storm; the market ended up roughly back where it started. However, here’s what would happen to the markets over the next two years: 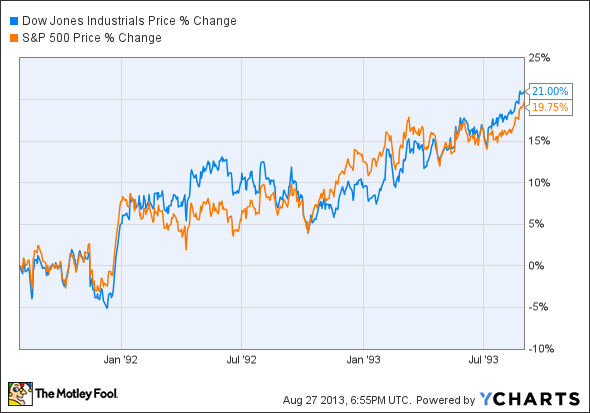 Starting at the end of Desert Storm, the market would produce slightly above-average returns for two years.

So what’s the point?

Selling out of the market-especially for those with long-term investment goals-likely led many to delay getting back in once the war was “over.” Further anchoring on price, and hoping for a dip to get back in, could have caused this exact reaction, leading many to miss out on the quick run-up in early 1992.

The point? It’s another example of how timing the market can lead to not just losses, but missing out on big gains.