The markets, in general, fought hard today, and all the major indexes managed to post a winning session. The Dow Jones Industrial Average increased by 55 points, or 0.38%, and closed at 14,606. The S&P 500 (INDEXSP:.INX) performed slightly better, rising 0.4%, and now rests at 1,559, while the NASDAQ managed to pull itself higher by 0.2%.

The markets reacted positively to the massive stimulus plan that Japan announced today. The country is following our own central bank, and will soon start a $1.4 trillion quantitative easing program. This positive news was enough to keep investors bullish, even after the Labor Department released weekly jobless claims that increased more than expected. Economists were expecting claims to hit 350,000, but the actual number came in at 385,000, or 28,000 claims higher than the previous week. 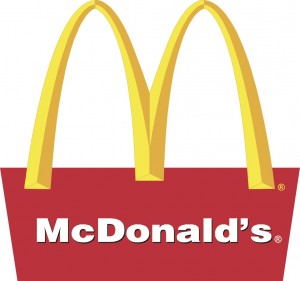 Speaking of the job market, shares of McDonald’s Corporation (NYSE:MCD) hit a new 52-week high today, despite the company’s difference in opinion from its employees about the job market, and shares managed to close up 1.39%. Today’s rally came despite company employees joining other fast-food restaurant workers to protest in New York City today. The protestors are primarily asking for higher hourly wages. The statewide average pay for fast-food workers is currently $8.25 per hour, and today’s protestors are requesting $15 per hour.

AT&T Inc. (NYSE:T) shareholders cheered today after Facebook Inc (NASDAQ:FB) announced that its new “Home” smartphone interface will be exclusively available through the wireless provider. Shares of AT&T Inc. (NYSE:T) rose by 1.69% on the news, while its only true competitor, Verizon Communications Inc. (NYSE:VZ), rose 0.63%. My Fool colleague Travis Hoium raised a very good point earlier today, saying that, while the exclusivity is great for AT&T Inc. (NYSE:T) now, he questioned how long it would last. We have seen this in the past with other big exclusivity contracts, most notably the iPhone, and how it eventually went away.

The turnaround efforts made by Hewlett-Packard (NYSE:HPQ) continue to impress shareholders. This was  made evident once again today, as the stock rose another 1.78%. Year to date, H-P is hands down the best performing Dow component, as shares have risen 56.49%. That’s more than three times the 17.56% return that shares of JPMorgan Chase & Co. (NYSE:JPM), the next best performing Dow component, have done this year.

After the closing bell rang today, Hewlett-Packard announced that chairman Ray Lane is stepping down from his chairman position, but will still remain a board member. The move comes as a result of shareholders voicing their disapproval of Lane’s leadership at the company’s most recent board meeting, when he only received 59% of the vote for re-election to the board. As of this writing, shares of H-P were trading lower by 0.22% during the after-hours session.

The article High Jobless Claims Couldn’t Hold Back the Dow originally appeared on Fool.com is written by Matt Thalman.

Fool contributor Matt Thalman has no position in any stocks mentioned. Follow Matt on Twitter: @mthalman5513. Check back Monday through Friday as Matt explains what caused the Dow’s winners and losers of the day, and every Saturday for a weekly recap.The Motley Fool recommends McDonald’s. The Motley Fool owns shares of McDonald’s.

Vodafone Group Plc (ADR) (VOD): Is It Worth 160 Pence or 240 Pence?Comcast Corporation (CMCSA): Profit From Your Home Video Content Provider 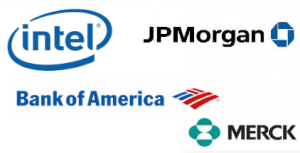 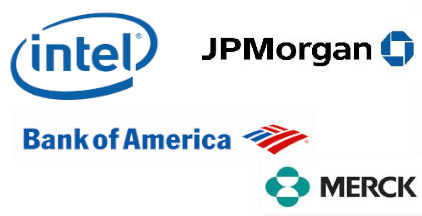