McDermott International (MDR): Traders Could Make a Double-Digit Profit on This $7 Turnaround Play

Published on September 3, 2013 at 2:21 pm by ProfitableTrading in News

Investing in turnaround stocks can be quite profitable if you follow one simple rule: Only focus on companies that have identified the source of their woes and have delineated clear and workable solutions to stabilize and rebuild operations.

For struggling global construction firm McDermott International (NYSE:MDR), the path to a turnaround has been spelled out for investors. Now it’s time to execute on that plan.

A quick glance at McDermott International (NYSE:MDR)’s business model suggests this company should be flourishing. It has deep expertise in the construction of massive offshore energy platforms. In recent years, major oil companies have waded deep into the Atlantic Ocean as they seek to replace the output of fast-depleting onshore oil fields. For example, the Lula oil field off the coast of Rio de Janerio might hold up to 8 billion barrels of oil and is currently being developed by Brazil’s Petrobras (NYSE: PBR).

But McDermott International (NYSE:MDR) has stumbled badly, thanks to a series of managerial missteps. Most notably, the company has been unable to complete contracts under budget, turning potentially profitable deals into money losers. That was the result of a decision to pursue deep water projects, straying from its core competency of shallow water projects.

Though McDermott International (NYSE:MDR) has been underperforming for quite some time — missing profit estimates in the final two quarters of 2012 and the first quarter of 2013 — the recently released second-quarter results were bad enough to send shares down roughly 20% in just one trading session.

That was enough to lead to a shake-up at the company. A raft of senior executives, many of whom had oversight for regional projects in Asia and elsewhere, has been replaced. The company expects to take roughly $50 million in restructuring expenses, which should “mark the peak of near-term charges,” according to analysts at UBS.

The company said it intends to revisit its past strengths. Referring to recent quarterly results on the Q2 conference call, CEO Stephen Johnson said, “We found that our processes and procedures were somewhat inconsistently applied throughout the organization and that management needs to improve adherence to our proven processes and procedures,” adding that “more experienced and more skilled personnel are now being recruited, being trained and assigned to projects by our global operations management.”

More importantly, McDermott International (NYSE:MDR) has abandoned the practice of pursuing projects at any price to retain market share. Instead, the company said it plans to pursue new contracts that are priced to better reflect potential cost overruns. It will take 12-18 months for bad projects to roll off the books, but the move should lead to a rebound in profit margins.

According to Morgan Stanley, McDermott International (NYSE:MDR)’s EBITDA margins slid from 19% in 2010 to 12% in 2012, and thanks to a dismal first half of 2013, are likely to be slightly negative this year. Notably, these analysts think that newer contracts with sounder pricing will help EBITDA margins rebound to 8% in 2014 and 9% in 2015. 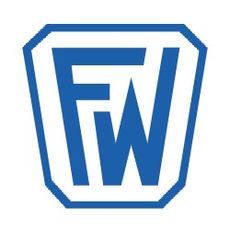