Blue Hawk Investment Group recently released its Q1 2019 Investor Letter (you can track it down here), in which it has posted gains of 2.88% for the quarter, lagging behind the S&P 500 which returned 13.06%. Even though the fund underpeformed its benchmark it still had positive return, for which it can mainly thank Match Group, Inc. (NASDAQ:MTCH), which happened to be the top contributor in the quarter, as written in the letter.

“Match Group (MTCH) – Match Group was the top contributor in the quarter after posting a solid Q4’18 print driven by the growth engine Tinder. Tinder added 233,000 paid subscribers (subs) in the period and 1.2 million for the year, more than quadrupling subs (4.75x to be exact) over the last 12 quarters – best in class growth however you measure it. The service is still significantly underpenetrated especially internationally – which we believe to be about 5 years behind the US in terms of user acceptance – as well as undermonetized domestically. The execution on these two fronts, user growth and monetization, drove Match Group to almost double Tinder direct revenue for the year to $800 million, while still positioning the company for years and years of growth ahead. With its growth profile, minimal required incremental investment per $ of (profitable) growth, underappreciated competitive barriers, and attractive valuation, we continue to be very high on the stock.

Note – As of today, Match’s revenue breakdown is about 50/50 between Tinder and Match’s legacy dating business. Tinder is growing close to 100% y/y while MTCH’s legacy business is flat to down a couple percent. The lack of growth in MTCH’s legacy business weighs down the growth rate of the company overall. The added complexity obfuscates the story and underlying growth. We have found some of our best multi-year investment opportunities in companies undergoing mix shifts from a legacy business to a more attractive business with better economics, of which Match is a prime example.” 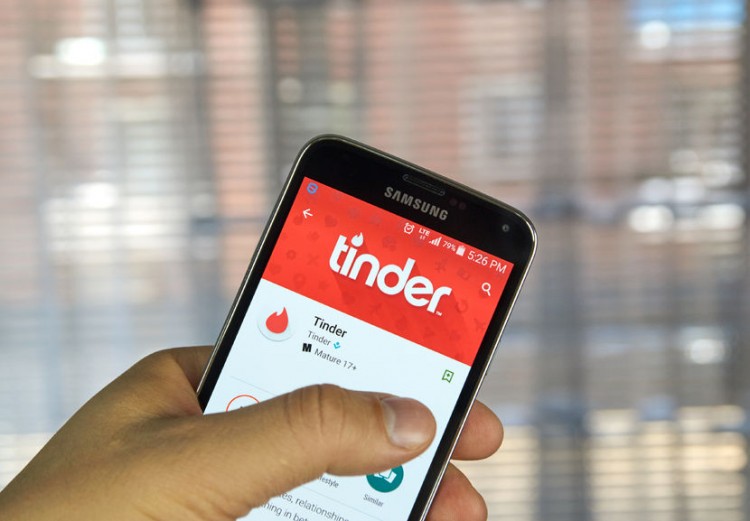 Match Group, Inc. is an Internet company that owns and runs some of the most most popular dating web sites in the world, such as Tinder, OkCupid, Match.com, and PlentyOfFish. Year-to-date, the company stock gained 46.08% and on May 3rd it had a closing price of $61.91. Its market cap is of $17.40, and MTCH is trading at a price-to-earnings ratio of 38.48.

At the end of the fourth quarter, a total of 24 of the hedge funds tracked by Insider Monkey were bullish on this stock, a change of -17% from the previous quarter. Below, you can check out the change in hedge fund sentiment towards MTCH over the last 14 quarters. So, let’s examine which hedge funds were among the top holders of the stock and which hedge funds were making big moves. 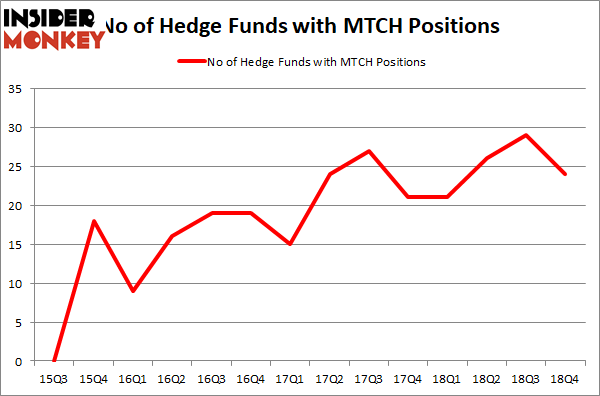 Hedge Funds Have Never Been This Bullish On Patrick Industries, Inc. (PATK)