Manitowoc Company, Inc. (MTW): Why You Should Hold Off on This Stock for Now

The past few weeks have been a bit of a roller-coaster ride for Manitowoc Company, Inc. (NYSE:MTW) investors. Between mid-April and the end of the month, the stock rallied from $17 to nearly $19 when an earnings fallout sent its stock tumbling to the $17 mark again. It was just a one-day spill. The stock can kiss the $20 mark just about any time now.

Which compels me to think – were the numbers better than they appeared to be? Or are Manitowoc’s recent moves behind the market’s confidence? On both counts, Manitowoc may need a little more to sustain the momentum. 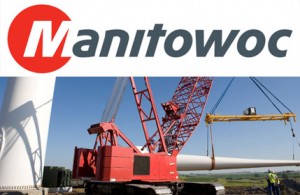 Frankly, I am not surprised by Manitowoc’s below-estimate numbers. To expect a company that is in the middle of a macroeconomic malaise to turn around year-ago losses into earnings per share of $0.14 seemed a little unreasonable on the Street’s part. Moreover, the largest construction-equipment maker, Caterpillar Inc. (NYSE:CAT)’s  dismal first-quarter release just days before Manitowoc reported its own should have already put analysts and investors on high alert. Caterpillar’s revenue slumped 17% and profits plummeted a massive 45% year on year as demand for new equipment dried up across all geographic regions, prompting the company to slash its full-year outlook.

Yet, despite the fact that Manitowoc missed estimates, the 5% higher revenue and an adjusted EPS of $0.09 that it reported were praise worthy given the weak demand conditions in the equipment market. Investors probably sensed this, which is why they didn’t think twice before getting their hands on the stock as soon as it slipped after earnings.

Manitowoc’s performance was also a notch above Caterpillar’s. The latter’s construction business saw revenue and net income dip 17% and 61%, respectively, this past quarter while Manitowoc’s crane segment sales improved nearly 8% year on year. While Caterpillar’s backlog value (key indicator of potential revenue) slumped 34%, Manitowoc reported 3% higher crane backlog. Had it not been for weakness in the European market, Manitowoc’s numbers would have been even better.

What’s really putting a damper on Manitowoc’s growth is its other business, foodservice equipment. Yet again, the business failed to deliver in the last quarter with sales rising just about 2% year on year. Big restaurant chains have slowed investments in recent months, the effects of which were bound to spillover to Manitowoc. McDonald’s Corporation (NYSE:MCD), which counts among Manitowoc’s most important customers, confirmed the weakness in consumer markets when it reported 1% fall in same-store sales and flat earnings for its first quarter. Bad news is that McDonald’s expects sales to remain sluggish in the near months. Good news is that it plans to open 1,500 to 1,600 new restaurants across the globe this year.

Manitowoc’s fortunes are closely tied to how McDonald’s and other restaurant chains expand. The greater the number of new restaurants, the better is Manitowoc’s opportunities to sell its ovens, ice machines, and other innovative products it already has in its bag or plans to launch. Presently, Manitowoc is busy realigning operations and setting up a new foodservice facility in Mexico.

Not much can be done about macro headwinds. My real concern is Manitowoc’s low margins and weak balance sheet. An increase in crane prices could help crane division margins but the same cannot be said for its foodservice-equipment business. For the first quarter, the business’ operating margin slipped to 14% from 14.8% a year ago.