The most valuable stake Mangrove Partners held in its equity portfolio at the end of Q2 2019, was in an oil and gas producer, PDC Energy, Inc. (NASDAQ: PDCE). The fund reported holding 2.02 million company’s shares, with a value of $72.92 million, amassing 8.24% of its 13F portfolio. The company has a market cap of $2.03 billion while trading at a P/E ratio of 17.01. Over the last six months, PDC Energy’s stock price dropped 18.81%, having a closing price on August 20th of $31.85 per share. In its last financial report for the second quarter of 2019, the company reported total revenues of $390.66 million and diluted earnings per share of $1.04, compared to revenues of $212.53 million and diluted loss per share of $2.43 in the same quarter of 2018. On August 30th, Barclays initiated coverage and placed an ‘Overweight’ rating on the stock, with a price target of $42.00, while three days earlier Mitsubishi UFJ Financial Group raised its price target to $66.00 with a same rating on the stock.

Mangrove Partners held the second-largest position at the end of June in EchoStar Corporation (NASDAQ: SATS), worth $68.03 million on the basis of 1.53 million shares outstanding. This position accounted for 7.69% of its 13F portfolio. EchoStar is a company that provides satellite communication and Internet services via its Hughes Network Systems and EchoStar Satellite Services business operations. Year-to-date, the company’s stock gained 14.5% and on August 30th it closed the market session with the price of $42.25 per share. EchoStar Corporation has $3.99 billion market cap, and for the second quarter of 2019 it reported revenue of $537 million, and adjusted EBITDA of $199 million, versus revenue of $526 million and adjusted EBITDA of $211 million in Q2 2018.

Out of 29 new additions to Mangrove Partners’ second-quarter portfolio, the biggest new stake was initiated in  NII Holdings, Inc. (NASDAQ: NIHD). The fund purchased 6.78 million NII Holdings’ shares, with a value of $11.45 million, acquiring in that manner a position that accounted for 1.29% of its portfolio. NII Holdings  provides wireless communication services through its subsidiary Nextel Telecomunicações Ltda. It has a market cap of $162.68 million, and since the beginning of the year, its stock price dropped 60.75%, having a closing price on August 20th of $1.66. For the second quarter, the company disclosed a $5 million loss from continuing operations, and adjusted operating income of $12 million generated by Nextel Brazil.

The fund also found GrafTech International Ltd. (NYSE: EAF) to be an attractive investment, hence it bought 963,167 of its shares, which carried a value of $11.08 million in the second quarter. This position accounted for 1.25% of the fund’s portfolio. GrafTech International produces graphite electrodes and petroleum coke, which are used in the production of electric arc furnace and other metals. The company has a market cap of $3.48 billion while trading at a P/E ratio of 4.32. Over the past six months, its stock price dropped 14.33%, and on August 30th, it closed with $12.19 per share. In its last financial report for Q2 2019, the company disclosed net income of $196 million, or $0.68 per share, compared to net income of $201 million, or $0.67 per share for Q2 2018.

The third biggest new stake Mangrove Partners initiated during Q2 2019, was in Churchill Capital Corp II (NYSE: CCX). The fund acquired a position in the company worth $8.63 million, on the account of 850,000 shares outstanding. 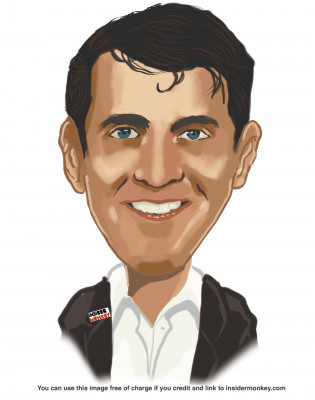