Why A Major Shareholder Keeps Jettisoning Shares Of This Airline

In a recently submitted 13D filing with the SEC, Zac Hirzel‘s Hirzel Capital Management revealed that it has further reduced its stake in Hawaiian Holdings, Inc. (NASDAQ:HA), by 21.8% to 2.56 million shares or 4.7% of the outstanding shares of the company. Mr. Hirzel has been reducing his stake in the company, which at its peak stood at over 5.6 million shares, since the fourth quarter of 2014. 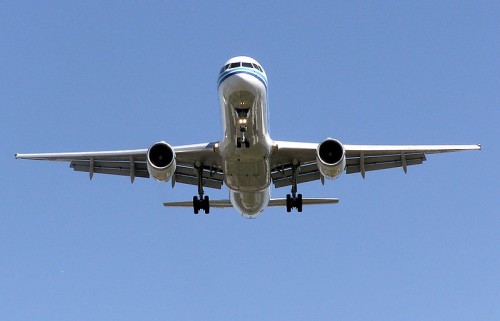 Zac Hirzel founded Hirzel Capital Management, a Dallas, Texas-based activist hedge fund, in 2008. At the end of June, Hirzel Capital’s U.S public equity portfolio was worth slightly above $1 billion, with stocks from the consumer discretionary and financial sectors accounting for 26% and 20% of the value of the portfolio respectively. By hedge fund standards, the fund runs a fairly concentrated portfolio, reporting stakes in only 23 companies at the end of June and its top ten holdings represented 67% of the value of its portfolio.

Hawaiian Holdings, Inc. (NASDAQ:HA), the holding company of Hawaiian Airlines, has been one of the best performing airline sector stocks over the last five years, having more than quadrupled in value during that period. However, the worse-than-expected fiscal 2014 fourth quarter numbers that the company reported in late January, along with the lower guidance it projected for the first quarter of fiscal 2015 caused its stock to slump heavily. Even though the stock has recovered since then, it still trades down by more than 5% year-to-date. During the second quarter, when the stock moved up by 7.8%, its ownership among the hedge funds we track climbed up by three to 24 and the aggregate value of hedge funds’ holdings in the company saw an impressive rise of 49.4% to $241.32 million.

Looking at the insider transactions in the company, we see that Mr. Hirzel, who also serves as an Independent Director at the company, last reduced his stake in the company on September 17, on the same day that President and CEO Mark B Dunkerley sold 5,000 shares at a weighted average price of $25.50 per share, reducing his holding in the company down to slightly over 1.0 million shares. After Hirzel Capital, Gilchrist Berg‘s Water Street Capital and Joel Greenblatt‘s Gotham Asset Management were the largest shareholders of Hawaiian Holdings, Inc. (NASDAQ:HA) in our database at the end of June, having initiated their stakes in the April-June period by acquiring 1.51 million shares and slightly above 1.0 million shares, respectively.