Lorillard Inc. (LO) and the Electronic Future of Big Tobacco

While some think that “Big Tobacco” will eventually expand into legalized marijuana to chase growth — this is still a highly speculative situation that isn’t exactly guaranteed. While overall cigarette volumes are dropping in the U.S., tobacco companies are looking to find new ways to generate profits now. The current trend of tobacco companies primarily favors the exploration of smokeless products and other innovations such as electronic cigarettes.

Are “e-cigs” the savior for Big Tobacco’s future?

The current leader pulling away from the rest of the pack in the selling of e-cigs is Lorillard Inc. (NYSE:LO). Lorillard bought electronic cigarette maker blu eCigs last year for a cool $135 million, and the positive effects are beginning to be felt. 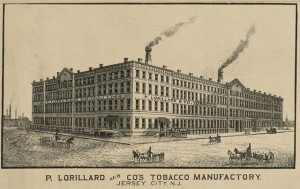 Lorillard Inc. (NYSE:LO) now owns over 40% of the electronic cigarettes market, with growth being aided by increased and improved distribution. While the overall market for e-cigs is comparatively small when set side-by-side with more traditional tobacco products, owning a 40% and growing share of this market looks to be lucrative — especially when the segment contributes $57 million to total net sales in your first quarter. E-cigs are beginning to develop into a growth segment for the company.

Reynolds American, Inc. (NYSE:RAI) is also looking to get in on the action. Looking to add to its portfolio of smokeless products, such as its Camel SNUS pouches — which dominate the SNUS market with an 80% share — Reynolds American, Inc. (NYSE:RAI) is developing its own electronic cigarettes. After a limited launch last year of its Vuse e-cig, the company is apparently planning a nation-wide launch as soon as this year.

Late to the game, Marlboro-maker Altria Group Inc (NYSE:MO) is also getting into the electronic age of cigarettes. Altria, the largest tobacco company in the United States, recently announced that they too have plans to release an e-cig of their own. Many analysts think that the company’s massive size and scale could help it make significant progress in gaining significant share in the growing and lucrative e-cig market. The company’s Chief Executive, Marty Barrington, officially stated that:

We are pleased to announce another step in our efforts to address the changing preferences of adult tobacco consumers… In the second half of this year, Altria Group Inc (NYSE:MO)’s subsidiary, Nu Mark, plans to introduce an electronic cigarette.”

So, just how promising is this futuristic electronic cigarette market that Big Tobacco seems to be pouring into?

The rise of the electronic cigarette…

The overwhelming majority of electronic cigarettes currently on the market ironically do not involve any tobacco. Most e-cigs, in fact, deliver a tobacco-less, nicotine-laced vapor to a smoker’s lungs — which is being touted as supposedly “healthier”, or even as a way to help someone quit their addiction to real cigarettes. Whether or not this “healthier” image is actually correct or just smoke and mirrors is a separate issue, but the odorless vapor emitted by e-cigs is currently allowed to be exhaled in many public places where real cigarettes are banned.