Video game stocks have been on a roll over the past few years, buoyed by high-margin new revenue streams in the form of digital loot boxes. These boxes often contain a game’s rarest and most powerful items and can be opened using keys found within the game (in limited quantities) or purchased for real money.

Each box contains an assortment of possible items that could be awarded, with some items having miniscule chances of being nabbed by players. This prompts some players (dubbed by the industry as “whales”) to spend exorbitant amounts of money opening these boxes in an attempt to win the item(s) they desire, granting them more power and online cachet.

Of course, whether they get what they want is entirely up to chance, akin to taking a spin on the roulette wheel or yanking the arm on a one-armed bandit. That has spurred more and more governments to begin looking into whether loot boxes are actually a form of gambling and not just harmless additional content. 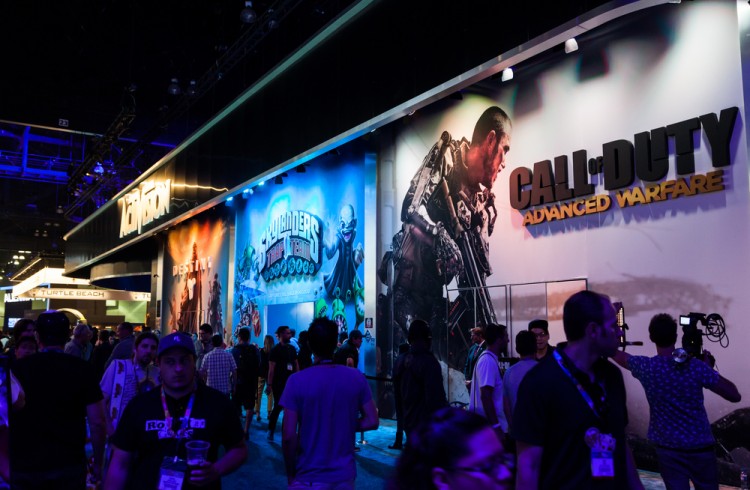 Australia, Sweden, France, Germany, and the United Kingdom are among the countries that have taken a hard look at loot boxes and whether regulation is needed to govern their use in games. In Belgium, several game companies are facing criminal charges for breaking Belgian gambling laws, including Electronic Arts Inc. (NASDAQ:EA) and Activision Blizzard, Inc. (NASDAQ:ATVI), for their use of loot boxes in games like FIFA 18 and Overwatch. A similar finding was also recently handed down in the Netherlands, which has called for EU-wide legislation to tackle loot boxes.

Such scrutiny has also made its way to Hawaii, where a set of bills were tabled earlier this year that would require, among other things, that games with loot boxes not be sold to players under 21, that they have warning labels, and that companies be required to disclose the odds of obtaining the items from such boxes.

Any such regulation of loot boxes will hit numerous game developers hard, most notably TAKE-TWO INTERACTIVE SOFTWARE, INC Common Stock (NASDAQ:TTWO), Electronic Arts Inc. (NASDAQ:EA), and Activision Blizzard, Inc. (NASDAQ:ATVI), all of which have made it clear that loot boxes and microtransactions will feature prominently in all of their future games.

All three of those companies have enjoyed massive gains over the past five years of more than 300%, thanks in large part to soaring microtransaction revenue. That has greatly benefited several leading tech-focused hedge funds that we track, including Philippe Laffont‘s Coatue Management, which had large positions in EA and Activision at the end of 2017.

We track such hedge funds as part of our market-beating “Best Performing Hedge Funds Strategy”, which invests in the consensus picks of the top 100 best performing hedge funds every quarter. This strategy gained 4% last quarter vs. a loss of 1% for the S&P 500 ETF (SPY). Since its inception in May 2014 this strategy’s picks have returned 74.4% vs. 49.7% for the SPY. You can see our latest picks by trying our newsletters free of charge for 14 days.

On the next page we’ll look at how TAKE-TWO INTERACTIVE SOFTWARE, INC Common Stock (NASDAQ:TTWO), Electronic Arts Inc. (NASDAQ:EA), and Activision Blizzard, Inc. (NASDAQ:ATVI) use microtransactions in their games and how much money they’re currently raking in from them.

Loot boxes have proven to be a huge cash cow for Electronic Arts Inc. (NASDAQ:EA), being prominently featured in the company’s iconic sports franchises Madden, FIFA, and NHL. In those games’ Ultimate Team modes, players can purchase packs of cards with real money that reward them with current or past players for their dynasty teams.

EA’s Ultimate Team revenue had exploded to $800 million annually by 2016, pushing the company’s gross margins up from the low 50% mark to the low 70% mark. That was only the tip of the iceberg, as EA knew that the real money was to be found by implementing loot boxes in its Battlefield and Star Wars games, which it did to disastrous acclaim last year in Star Wars Battlefront II.

Activision Blizzard, Inc. (NASDAQ:ATVI) is very serious about microtransactions, as evidenced by the fact that they have a patented system “for driving microtransactions in multiplayer video games”, though it hasn’t yet been added to any of the company’s games. That system would attempt to convince players to purchase better items in games through targeted manipulation of its matchmaking system. Activision’s microtransactions sales more than doubled in 2016 to $3.6 billion, with loot boxes being a massive source of revenue in games like Overwatch.

TAKE-TWO INTERACTIVE SOFTWARE, INC Common Stock (NASDAQ:TTWO) has also fully bought into microtransactions, with CEO Strauss Zelnick saying on a conference call last November that the company will only release games that include “recurrent consumer spending hooks” in the future. While Zelnick noted that the models used to capture that persistent consumer spending will not always be the same, there’s little doubt that loot boxes will be one of them. Take-Two’s revenue from such digital transactions jumped by 66% in the third-quarter of last year to account for nearly 50% of the company’s total revenue, being lead by Grand Theft Auto V/Online.

Microtransactions, and specifically loot boxes, are clearly a force powering revenue and earnings growth for gaming companies right now. Yet it’s a force that could be threatened in a meaningful way by government legislation in the near-to-medium term. While gaming companies would adapt to and work around any legislation in a way that would mitigate some of the potential damage, investors should nonetheless approach video game stocks with a modicum of caution in the near-term.