Among many hedge funds, the so-called “Tiger Cubs” stand out for their distinctive style and investment preferences. The majority of Tiger Cubs are growth-oriented investors and they seem to favor Technology and, particularly, Internet stocks more than others. Tiger Cubs, which bear their name after their former employer and mentor Julian Robertson, have gotten quite successful, with a handful of them even becoming billionaires. One billionaire Tiger Cub is Stephen Mandel, who runs Lone Pine Capital.

Mandel, who had worked as a managing director at Robertson’s Tiger Management, founded Lone Pine Capital in 1997. The fund, one of the 10 largest hedge funds in the world, was named after a pine tree that survived a lightning strike on the campus of Dartmouth College, Mandel’s alma mater. Lone Pine operates several long/short funds and employs fundamental, bottom-up approach to picking investments. Its Cypress Funds, the Kauri Funds and the Tamarack Funds invest in growth companies, companies that generate a lot of cash, but don’t have many growth opportunities, so management is using it to create shareholder value, and great businesses that had been under-managed, but got outstanding new leadership.

On the other hand, these funds short-sell stocks of companies, whose growth sustainability is overestimated, which have long-term competitive or balance sheet problems, and whose reported results are questionable when compared to the economic reality. In addition, Lone Pine also operates, Cascade Funds, which are usually long-only and unleveraged, as opposed to the funds mentioned earlier. It also has a private investment fund of funds, Juniper.

Stephen Mandel, who has a net worth of $2.5 billion, according to Forbes, was ranked among the highest-earning hedge fund managers in 2012 and 2013 by the same publication. However, Lone Capital’s returns have been mixed in the last couple of years. In 2015, Lone Pine’s long-only Cascade Funds lost 1.2%, while Cyprus and Kauri ended the year 8.7% and 8.9% in the green, respectively. A year later, though, Cascade was the only fund to show a profit, though a small one, of around 1%, while Cyprus, Kauri, and Tamarack lost between 1% and 2%, affected by their short bets.

In its latest 13F filing, Lone Pine disclosed an equity portfolio worth $19.67 billion, held as of the end of June. The filing also showed that Internet stocks are still a significant part of its portfolio, as the Technology sector takes up more than half of its value. In a 2015 letter to investors, the fund said that it believed that Internet disrupters would create value for years to come. In another letter, the fund said:

“The internet remains the single most important and disruptive economic phenomenon in the world. It is transforming almost every sector of the economy. A few leading internet companies dominate the scarce real estate on the mobile web, a place where customers are flocking globally. These companies still have significant runway for growth and are not trading for overly demanding valuations. Increased mobile web use can also improve the economics of existing platforms: e.g., enterprise software companies such as Adobe and Microsoft as they move to accretive subscription models. It also untethers the videogame industry from the boom/bust nature of the traditional console cycle. Internet-driven investments remain the largest portion of our long portfolio.”

Following funds like Lone Pine Capital can be a great way to generate market-beating returns, as our research shows. According to our calculations, the fund’s long positions in companies worth over $1.0 billion returned 12% in the first three months of 2017. In the 12-month period ended March 31, its holdings gained over 29%. This means that a smaller investor would’ve beaten the market by more than 10 percentage points, by simply imitating Lone Pine’s picks. Insider Monkey allows readers to follow over 600 hedge funds in addition to Lone Pine. Our readers can subscribe to real-time alerts, whenever these funds file an update to one of their holdings with the Securities and Exchange Commission. To do that, you should sign up on our website and add Lone Pine, or any other fund you are interested in to your follow list.

Having said that, let’s take a closer look at some of the top Internet/Tech picks that Lone Pine disclosed in its latest 13F filing. 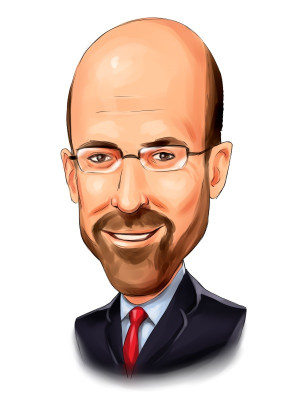