Lesson From A Conversation With Benjamin Graham: Part 4

Shortly before Benjamin Graham died, he gave an interview reflecting on everything learned during his 60+ year career. The interview is titled A Conversation with Benjamin Graham by the Financial Analyst Journal. Graham’s profound answers offer powerful lessons for investors still to this day.

During the course of Benjamin Graham’s career, he published a vast number of articles, speeches, and reports documenting his investment principles. By far, the most referenced of these publications are two time-tested books, Security Analysis (1) and The Intelligent Investor (2).

But, none of Graham’s publications are more relevant to individual investors than his last interview. As Daniel Webster famously said, “Wisdom begins at the end.”

– This article appeared first on The Stock Market Blueprint Blog. 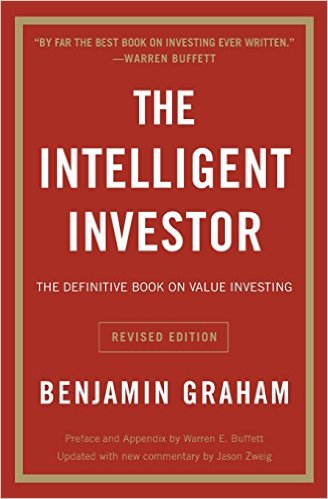 A Conversation With Benjamin Graham

This article is the fourth of a four-part series called, Lessons From A Conversation with Benjamin Graham. In this series, we look at each of Graham’s answers and see how they are relevant to investors today.

Part 4 breaks down three questions from A Conversation with Benjamin Graham. The questions focus specifically on the approaches Graham recommends individual investors should follow when selecting stocks.

Question: Can you indicate concretely how an individual investor should create and maintain his common stock portfolio?

Ben Graham: I can give two examples of my suggested approach to this problem. One appears severely limited in its application, but we found it almost unfailingly dependable and satisfactory in 30-odd years of managing moderate-sized investment funds. The second represents a great deal of new thinking and research on our part in recent years. It is much wider in its application than the first one, but it combines the three virtues of sound logic, simplicity of application, and an extraordinarily good performance record, assuming–contrary to fact–that it had actually been followed as now formulated over the past 50 years–from 1925 to 1975.

Translation: Despite talking very highly about index funds earlier in the discussion, Graham still believes that it’s best for investors to actively select stocks. He says there are two specific approaches which he has personally used and recommends other investors to also use. His two approaches to do not consist of using detailed analysis to carefully select individual investments. Rather, he favors a more formulaic method which consists of three virtues: sound logic, simplicity of application, and an extraordinarily good performance. He also suggests the investment strategy must be contrarian in nature (3).

Question: Some details, please, on your two recommended approaches.

Ben Graham: My first, more limited, technique confines itself to the purchase of common stocks at less than their working-capital value, or net-current-asset value, giving no weight to the plant and other fixed assets, and deducting all liabilities in full from the current assets. We used this approach extensively in managing investment funds, and over a 30-odd year period we must have earned an average of some 20 per cent per year from this source. For a while, however, after the mid-1950’s, this brand of buying opportunity became very scarce because of the pervasive bull market. But it has returned in quantity since the 1973-74 decline. In January 1976 we counted over 300 such issues in the Standard & Poor’s Stock Guide–about 10 per cent of the total. I consider it a foolproof method of systematic investment–once again, not on the basis of individual results but in terms of the expectable group outcome.

Translation: Graham directly states that his favorite stock selection technique is to buy stocks selling below their net current asset value (NCAV). He says this approach is limited because there are times when it’s hard to find stocks meeting this criteria. Even so, patient investors who follow this strategy will be rewarded handsomely. Graham claims he earned an annualized return of about 20% over a 30+ year period. The Stock Market Blueprint’s Net Current Asset Value and Net-Net Working Capital stock screens find stocks meeting Graham’s criteria.

Question: Finally, what is your other approach?

Ben Graham: This is similar to the first in its underlying philosophy. It consists of buying groups of stocks at less than their current or intrinsic value as indicated by one or more simple criteria. The criterion I prefer is seven times the reported earnings for the past 12 months. You can use others–such as a current dividend return above seven per cent or book value more than 120 percent of price, etc. We are just finishing a performance study of these approaches over the past half-century–1925-1975. They consistently show results of 15 per cent or better per annum, or twice the record of the DJIA for this long period. I have every confidence in the threefold merit of this general method based on (a) sound logic, (b) simplicity of application, and (c) an excellent supporting record. At bottom it is a technique by which true investors can exploit the recurrent excessive optimism and excessive apprehension of the speculative public.

Translation: As an alternative to the NCAV approach, Graham recommends investors buy stocks with trailing twelve month Price/Earnings ratios under 7. He goes on to say that really any strategy which buys low price ratio stocks would work but he happens to prefer the low P/E option. This is a good approach because it’s logical, simple, and proven. The three required merits for any investment strategy. Another critical reason why a low price-to-anything approach works is because it takes advantage of market overreactions. Investors can buy undervalued stocks when things are out of favor and sell overvalued stocks when investment sentiment changes.

Wisdom Begins at the End

Benjamin Graham’s profound answers in A Conversation with Benjamin Graham provide individual investors with lasting advice. In part 1, we looked at Graham’s views of common stocks and the financial industry as a whole. Part 2 talked about the chances both individual and institutional investors have at succeeding in the markets. Graham gave some broad investment advice in part 3, and specific advice in part 4.

40 years after A Conversation with Benjamin Graham, investors are still wise to listen to Graham’s insightful words.

Note: Mitchell Mauer is the Founder of TheStockMarketBlueprint.com. The Stock Market Blueprint is a site that finds value stocks for investors building long-term wealth. The site’s investment philosophy is anchored in principles established by Benjamin Graham and his most reputable followers over the last 100 years. 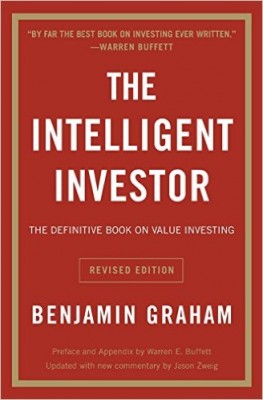 Lessons From A Conversation With Benjamin Graham: Part 2

Lessons From A Conversation With Benjamin Graham: Part 3
Monthly Newsletter Strategy
Download a free copy of our newsletter and see the details inside!
Hedge Fund Resource Center
Billionaire Hedge Funds