Several weeks after the end of each quarter, hedge funds report many of their long equity positions as of the end of that quarter to the SEC (and therefore to the general public) in the form of 13F filings. We collect these filings in our database and use them to develop investing strategies; for example, we have found that the most popular small cap stocks among hedge funds generate an excess return of 18 percentage points per year on average (learn more about our small cap strategy). We can also go through filings from individual funds and see which stocks they liked in a variety of categories, including those satisfying the traditional value criteria of low price-to-earnings multiples. Read on for our quick take on five of Lee Ainslie’s Maverick Capital’s top picks with both trailing and forward P/Es of 15 or lower or see the full list of stocks the fund reported owning.

Ainslie and his team owned 7.5 million shares of Macy’s, Inc. (NYSE:M) at the end of December, making the department store their largest holding by market value. Wall Street analysts expect Macy’s to grow its earnings this year, given the trailing P/E of 13 and the consensus for $3.89 in earnings per share for the fiscal year ending January 2014 (a forward multiple of 11). However, net income was actually down slightly in its most recent quarter compared to the same period in the previous fiscal year. AQR Capital Management, managed by Cliff Asness, was buying shares in Q4 (check out Asness’s stock picks). 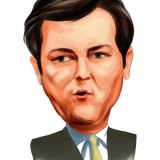 Fidelity National Financial Inc (NYSE:FNF) was another of the fund’s top stock picks with the 13F disclosing ownership of almost 9 million shares. Fidelity National Financial provides title insurance and related services and has a market capitalization of $5.5 billion. Decaying margins pulled net income down 12% last quarter compared to the fourth quarter of 2011 despite a significant improvement on the top line. So while the earnings multiples are low, the financial performance is questionable. Billionaire John Paulson’s Paulson & Co. initiated a position of 2.5 million shares between October and December (research more stocks Paulson was buying).

Ainslie cut his stake in health insurer Cigna Corporation (NYSE:CI) by 39% but still had 3.7 million shares in his portfolio at the end of the fourth quarter. Cigna was one of billionaire David Einhorn’s two long stock picks at October’s Value Investing Congress; his Greenlight Capital owned 8.2 million shares according to its own 13F (find Einhorn’s favorite stocks). Cigna recently acquired another health insurer to strengthen its Medicare business and so comparisons to last year look artificially high as a result. The stock carries trailing and forward P/Es of 11 and 9, respectively, as the market worries about future regulation of health insurers if health care costs do not flatten.

The fund bought 1.3 million shares of Nordstrom, Inc. (NYSE:JWN) after not having owned any at the end of September. The trailing P/E of 15 suggests moderate growth over the next several years, though Nordstrom recorded double-digit growth rates of both revenue and earnings in the fourth quarter of 2012 versus a year earlier. As such it might be worth a closer look. Billionaire Ken Griffin’s Citadel Investment Group sold over half of its shares during the fourth quarter, closing December with about 950,000 shares (see more stocks Griffin was buying and selling).

Is QUALCOMM, Inc. (QCOM) In or Out of Samsung’s Galaxy S IV? –...2 Smart Buys In The Smartphone Arena You Can’t Pass Up: Research In Motion...