McCormick & Company, Incorporated (NYSE:MKC) and ConAgra Foods Inc (NYSE:CAG) shares have opened on Thursday in opposite ways, with McCormick & Company losing ground and ConAgra Foods starting higher on the back of differing news regarding both companies. According to Insider Monkey’s data, these stocks’ moves this morning are consistent with how hedge funds view these firms. 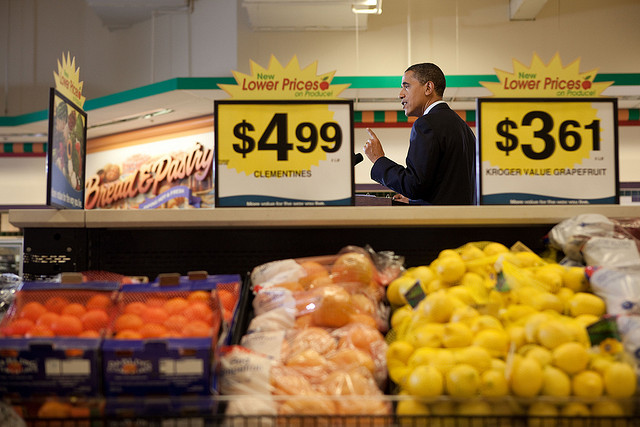 But first, let’s take a step back and analyze how tracking hedge funds can help an everyday investor. Through our research, we discovered that a portfolio of the 15 most popular small-cap picks of hedge funds beat the S&P 500 Total Return Index by nearly a percentage point per month on average between 1999 and 2012. On the other hand, the most popular large-cap picks of hedge funds underperformed the same index by seven basis points per month during the same period. This is likely a surprise to many investors, who think of small-caps as risky, unpredictable stocks and put more faith in large-cap stocks. In forward tests since August 2012, these top small-cap stocks beat the market by an impressive 60.4 percentage points, returning 118% (read more details here). Hence, a retail investor needs to isolate himself from the herd and take advantage of the best growth opportunities in the market by concentrating on small-cap stocks.

McCormick & Company, Incorporated (NYSE:MKC) is down by nearly 4% as it disappointed investors and industry observers alike with its latest quarterly results. Adjusted earnings declined by nearly 12% year-over-year to $109.7 million, or $0.85 per share, below the $0.87 per share expected by the Wall Street. Net sales of $1.06 billion, which increased by 2% on the year were in line with analysts’ expectations. In constant currency terms, sales increased by 6%. Foreign exchange headwinds, especially in the EMEA region, dented sales figures. EMEA consumer sales declined by 1%, but on a constant currency basis grew by 18%, the firm said. Consumers sales in the Americas and in the Asia-Pacific regions also increased by 2% and 3%, respectively. Adjusting for foreign exchange impacts, the consumer sales growth in these regions were 3% and 7% respectively.

Just as McCormick & Company, Incorporated (NYSE:MKC)’s shares have slumped in morning trading today, hedge fund sentiment also ebbed in the second quarter. The number of hedge funds from our database with long positions in the company was unchanged at 17, but the value of their holdings was trimmed by over 25% to $66.06 million, as the stock climbed by nearly 5% during the quarter. By the end of June, hedge funds owned less than 1% of all McCormick & Company shares. Cliff Asness’ AQR Capital Management owned the largest stake in this firm by the end of June, made up of 320,515 shares, up by 3% on the quarter, followed by Jim Simons’ Renaissance Technologies which cut its holding by 44% to 150,900 shares.

Meanwhile, ConAgra Foods Inc (NYSE:CAG) shares are up by less than 1% on the back of its announcement of a new efficiency plan, in which the firm expects at least $300 million in cost cuts. About $200 million of that figure is expected to come from job cuts, reduced overhead expenses and aggressive restructuring. The firm will lay off approximately 1,500 employees in the process. It will also move its headquarters to Chicago, Illinois from Omaha, Nebraska, planned in the summer of 2016. The efficiency plan follows the firm’s failed integration of private-label food maker Ralcorp, a division that will be sold. This follows a successful activist campaign by Barry Rosenstein’s JANA Partners, which pressured ConAgra to sell Ralcorp.