This year hedge funds became financial media’s punching bag following the poor performance of some high profile hedge funds. Not all hedge funds are created equal. At Insider Monkey we track the quarterly performance of more than 700 hedge funds’ stock picks that are disclosed in 13F filings. A relatively unknown hedge fund, Sessa Capital, topped the list of best performing stock pickers in Q3. Based on our calculations John Petry’s Sessa Capital’s stock picks managed to return 45.2% during Q3. Our methodology ranks hedge funds based on the value weighted returns of their 13F positions that are at least $1 billion in market cap.

Obviously each hedge fund’s actual return will be different from the figures we calculated because we don’t take into account their micro-cap positions -like PJT Partners Inc. (NYSE:PJT) discussed in this article-, short positions, or other derivative positions. Hedge funds may also change their portfolio composition during the quarter. However, our numbers are helpful in determining whether we should pay attention to a certain hedge fund’s stock picks.

Let’s take a closer look at Sessa Capital’s top 5 stock positions at the end of June.

Sessa Capital’s biggest position was Chemours Co (NYSE:CC) which didn’t disappoint its investors by returning 94.7% during the quarter. At Q2’s end, a total of 28 of the hedge funds tracked by Insider Monkey were bullish on this stock, a change of -7% from the previous quarter. With the smart money’s positions undergoing their usual ebb and flow, there exists a few noteworthy hedge fund managers who were boosting their holdings meaningfully (or already accumulated large positions). 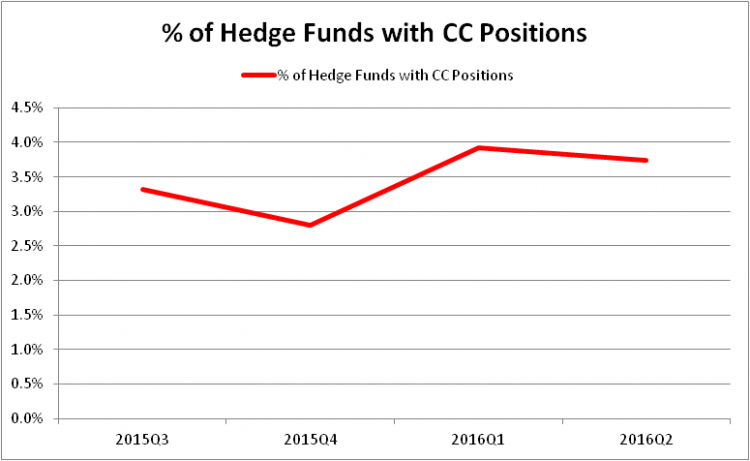 When looking at the institutional investors followed by Insider Monkey, David Einhorn’s Greenlight Capital has the most valuable position in Chemours Co (NYSE:CC), worth close to $135.2 million, amounting to 2.5% of its total 13F portfolio. The second largest stake is held by Sessa Capital, managed by John Petry, which holds a $71.9 million position; 21.5% of its 13F portfolio is allocated to the stock. Other members of the smart money with similar optimism include Thomas E. Claugus’s GMT Capital, Jeffrey Gates’s Gates Capital Management and Michael Kaufman’s MAK Capital One.

Sessa Capital’s second largest position was  Citizens Financial Group Inc (NYSE:CFG) which posted a third quarter return of 24.3%. CFG was actually a very popular stock among hedge funds but, of course, you don’t read about this kind of stuff much in the financial media. Heading into the third quarter of 2016, a total of 52 of the hedge funds tracked by Insider Monkey were bullish on this stock, a change of 2% from one quarter earlier.

AQR Capital Management, managed by Cliff Asness, holds the most valuable position in Citizens Financial Group Inc (NYSE:CFG). AQR Capital Management has a $132.6 million position in the stock, comprising 0.2% of its 13F portfolio. Sitting at the No. 2 spot is Anthony Bozza of Lakewood Capital Management, with a $130.4 million position; the fund has 6.3% of its 13F portfolio invested in the stock. Some other members of the smart money with similar optimism encompass Ken Griffin’s Citadel Investment Group, Clint Carlson’s Carlson Capital and Michael Blitzer’s Kingstown Capital Management. As you can see Sessa Capital couldn’t crack into the top 5 holders of this stock even though CFG was its second largest holding.

In the next page we will take a look at John Petry’s other three top positions.

Scout Daily Update: Will The Election Cause Increased Volatility?

Catalyst Pharmaceuticals Inc (CPRX) Isn’t Out Of The Woods With Firdapse...