Investing is a marathon, not a sprint. If you understand the fundamental factors that drive margins and profits, then you can gain an advantage over shortsighted traders. Right now such a situation is shaping up in the oil and gas industry. Over the next two to three years new infrastructure is going to boost the margins of many smaller producers and hurt many refiners.

New pipelines galore
Through fancy permit schemes Enbridge has already started work on its Flanagan South Pipeline, which will have initial capacity of 600,000 barrels of oil per day (bpd). The project will help bring more crude from the Midwest down to refineries. The company has also proposed the Sandpiper project from North Dakota to Wisconsin and recently increased its Bakken export capacity to 415,000 bpd. There is so much new capacity coming online that some firms have cancelled new pipeline plans due to a lack of producer interest. 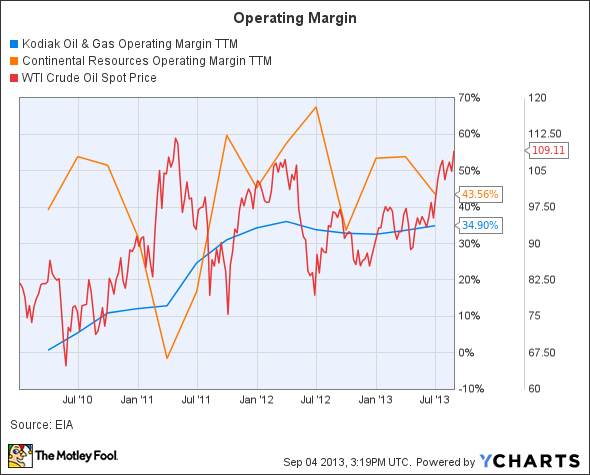 The winners
The biggest beneficiaries of new pipeline capacity are smaller exploration and production firms in North Dakota’s Bakken region. Their margins will expand as they pay less to bring their oil to market. Some new pipelines are being built eastward, giving producers like Kodiak Oil & Gas Corp (USA) (NYSE:KOG) the ability to sell oil closer to lucrative international prices.

Kodiak Oil & Gas Corp (USA) (NYSE:KOG) expects to produce around 30 Mboepd (thousand barrels of oil equivalent per day) to 34 Mboepd in 2013. The company is a great way to play North America’s increasing midstream capacity due to its heavy concentration in the Bakken. The company continues to drive down costs and improve its operations. From 2011 to 2012 it managed to shave off seven days from its average drilling time per well. Based on recent numbers, its quarterly cash margin has increased year over year from $54.59 per barrel of oil equivalent to $61.15. Increased margins from new pipeline capacity is only icing on the cake.

Continental Resources, Inc. (NYSE:CLR) is a bigger producer than Kodiak Oil & Gas Corp (USA) (NYSE:KOG), but it is nowhere near the size of multinationals like Shell. Continental Resources, Inc. (NYSE:CLR) produced 135.7 Mboepd in the second quarter of 2013. The majority of its production came from the Bakken, but it is also exploring in Oklahoma’s SCOOP field. This field is not as developed as the Bakken, and the company is figuring out where the best place is to drill to produce more crude oil and less natural gas.

In 2013, the company expects to pay just $5.20 to $6.00 per Boe in production expenses. Just like Kodiak Oil & Gas Corp (USA) (NYSE:KOG), falling inventories in Oklahoma and new pipelines heading out of the Midwest will boost how much Continental Resources, Inc. (NYSE:CLR) makes on every barrel of oil. 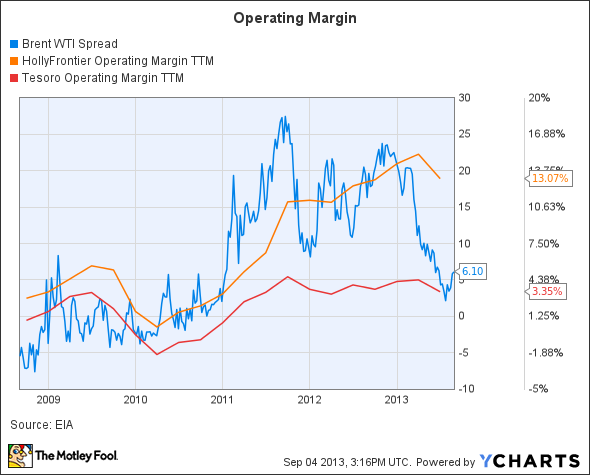