The shares of Kingtone Wirelessinfo Solutions Hldg Ltd (NASDAQ:KONE) are trading 28.54% higher after the announcement of its half-year results for the six months ended on March 31, 2015. The technology company reported financial results for the first half of fiscal 2015 of net income at $2.6 million or earnings per share of $1.87, compared to a net loss of $700,000 in the first six months of the previous fiscal year. Kingtone Wirelessinfo Solutions Hldg Ltd (NASDAQ:KONE) had an outstanding growth in revenues as well, with net revenues of $8.5 million, which were 132.9% higher than the year-over-year revenues of $3.6 million. In terms of gross profit margins, the mobile enterprise company reported gross margins of 51.5% against margins of just 24.2% last year. The primary reason behind the better-than-expected financial results for the first half of 2015 was the growth in its wireless system solutions unit. Kingtone reported revenues of $8.4 million for its wireless system division against year-over-year revenues of $3.5 million. On the other hand, the revenue for software solutions was down by 75.4% during the period to $40,000. 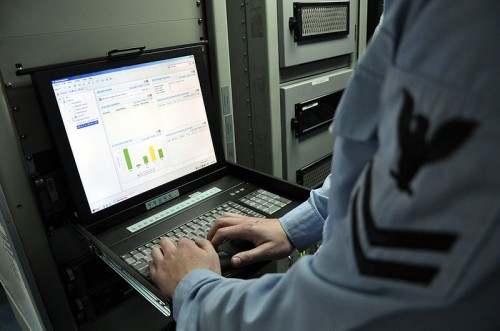 At the time of announcing the financial results, Mr. Peng Zhang, Chief Executive Officer of Kingtone Wirelessinfo, said, “We are very pleased with our performance on business operation, which generated $2.6 million net income in the first six months ended March 31, 2015…We are confident in accomplishing our goals at the end of fiscal year 2015.” The technology company has a revenues forecast of $12.0 million to $15.0 million for the full fiscal year 2015.

The shares of Kingtone Wirelessinfo Solutions Hldg Ltd (NASDAQ:KONE) are up by 112.22% year-to-date and are trading at $5.68. Because of these promising financial results, more than 2.51 million shares of the company have exchanged hands as of the reporting period, against a daily average of 15,967 shares. Hedge funds we track have missed out on the latest surge based on their positions on March 31, as only Jim Simons of Renaissance Technologies had an investment position in the company, and of a mere 15,780 shares valued at $47,000 at that. The quant fund reduced its investment in the technology company by 3% in comparison to the previous quarter. Ken Griffin’s Citadel Investment Group sold off its entire stake in the technology company, as it reported in its 13F filing for March 31, 2015. Citadel Investment Group owned 10,158 shares of Kingtone Wirelessinfo Solutions Hldg Ltd (NASDAQ:KONE) at the end of the fourth quarter of 2014, with market value of $24,000.