Kimberly Clark Corp (KMB): Hedge Funds Like What They See

The Insider Monkey team has completed processing the quarterly 13F filings for the September quarter submitted by the hedge funds and other money managers included in our extensive database. Most hedge funds have been producing disappointing net returns in recent years, however that was partly due to the poor performance of small-cap stocks in general. Well, small-cap stocks finally turned the corner and have been beating the large-cap stocks by more than 10 percentage points over the last 5 months.This means the relevancy of hedge funds’ public filings became inarguable, as they may reveal numerous high-potential stocks. The following article will discuss the smart money sentiment towards Kimberly Clark Corp (NYSE:KMB).

Kimberly Clark Corp (NYSE:KMB) investors should pay attention to an increase in enthusiasm from smart money in recent months. 29 hedge funds that we track owned the stock on September 30, up by 7 since June 30. At the end of this article we will also compare KMB to other stocks including The Southern Company (NYSE:SO), American Tower Corp (NYSE:AMT), and UBS AG (USA) (NYSE:UBS) to get a better sense of its popularity. 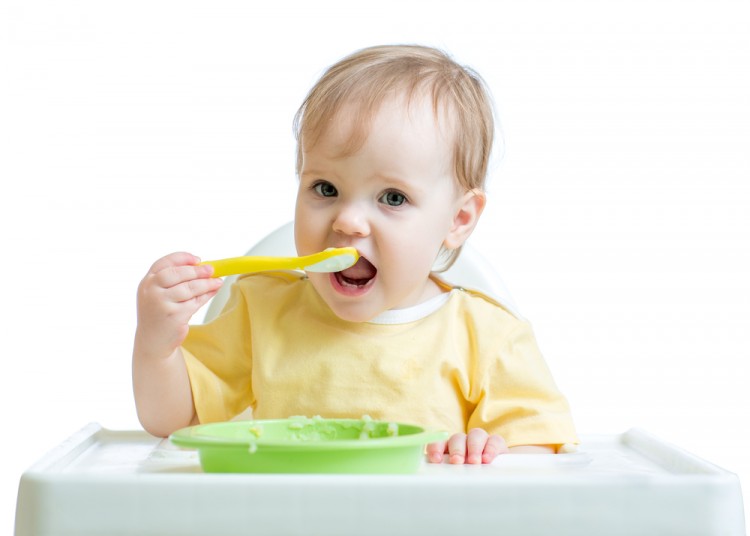 At the end of the third quarter, a total of 29 of the hedge funds tracked by Insider Monkey held long positions in this stock, a boost of 32% from the previous quarter, though the number of bullish hedge fund positions remains down from a year earlier. With hedge funds’ positions undergoing their usual ebb and flow, there exists an “upper tier” of noteworthy hedge fund managers who were boosting their stakes significantly (or already accumulated large positions). 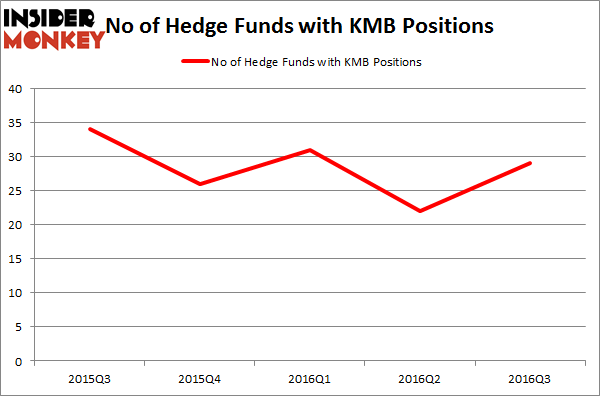 Of the funds tracked by Insider Monkey, AQR Capital Management, managed by Cliff Asness, holds the number one position in Kimberly Clark Corp (NYSE:KMB). According to regulatory filings, AQR has a $257.8 million position in the stock. The second most bullish fund manager is Diamond Hill Capital, managed by Ric Dillon, which holds a $248.8 million position; 1.5% of its 13F portfolio is allocated to the stock. Other professional money managers that are bullish contain John Overdeck and David Siegel’s Two Sigma Advisors, Peter Rathjens, Bruce Clarke and John Campbell’s Arrowstreet Capital, and Phill Gross and Robert Atchinson’s Adage Capital Management.