Kevin Kotler is bullish on Progenics Pharmaceuticals, Inc. (NASDAQ:PGNX) and has decided to boost his fund’s investment in the stock. Kotler’s Broadfin Capital has increased its holding by 60% to a little over 8.95 million shares, as reported in a recent filing with the Securities and Exchange Commission. The fund’s current ownership of the stock gives it control over 12.9% of the total number of shares outstanding.

Julian and Felix Baker also like Progenics Pharmaceuticals, Inc. (NASDAQ:PGNX) and have increased their investment during the first quarter of 2014. As reported in its latest 13F filing, Baker Bros. Advisors holds approximately 4.45 million shares, up 6% from the end of 2013. Paul Tudor Jones is not so optimistic, though, and has chosen to trim his fund’s stake in the company by 1% during the same period of time. Tudor Investment Corp reportedly holds 2.34 million shares of Progenics Pharmaceuticals, Inc. (NASDAQ:PGNX). James Dondero is of the same opinion and has reduced his fund’s investment by 6% to a little over 1.38 million shares. 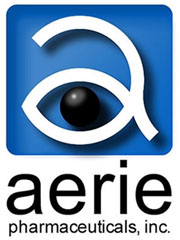