Over the past century, paper and paper products has become the most globalized commodity. Global demand for paper products is expected to reach 453 million metric tons by 2015. Let’s find out the long-term strategies adopted by these companies to meet increasing demands and generate higher revenues.

On July 18, 2013, KapStone Paper and Packaging Corp. (NYSE:KS) completed the acquisition of Longview for $1.025 billion. Longview is a leading manufacturer and cost-effectively produces around 1.15 million tons of Kraft paper and containerboard annually. KapStone’s containerboard segment will see uplift in sales in Chicago and the west of Chicago region.

Due to the improving U.S. housing market, demand for wood products like lumber and oriented strand board (OSB) is expected to rise between 2013 and 2015. the consumption for wood will grow at 7.6% and 10.5% compounded annual growth rate between 2012 and 2015. The company’s Summerville Lumber Mill is ramping up production speed and currently produces 100 million board feet of high-quality southern yellow pine annually.

The price rise expected for lumber and OBS in 2014 will be $389 per thousand board-feet (mbf) and $362 per thousand square feet (msf), up from the current prices of $335 per mbf and $250 per msf. This will drive higher profits for KapStone Paper and Packaging Corp. (NYSE:KS) in the coming years.

In June, Domtar Corp (USA) (NYSE:UFS) completed the acquisition of Xerox Corporation (NYSE:XRX)‘s paper and print media products business operating in United States and Canada. Xerox is not involved in the paper manufacturing business, but it distributes a wide range of paper products through its brand name. Through this acquisition, the company gained a global brand name under which it will distribute Xerox-branded papers to uplift its sales in the coming years. It will integrate Xerox’s paper product business with its paper segment, generating overall operating profit of $230 million this year and $354 million next year.

To expand its diaper business, Domtar Corp (USA) (NYSE:UFS) recently completed acquisition of Associated Hygienic Products. The acquisition will help Domtar expand its existing personal care business and develop innovative products in North America. Due to value proposition and quality products, the market for infant diapers is growing in North America. The company will combine its adult diaper division with AHP’s baby diaper division to expand its diaper business to over $200 million in earnings before interest, taxes, depreciation and amortization by 2017. Domtar expects to generate synergies of $10 million from its diaper division within next two years.

International Paper Company (NYSE:IP) generated 50% revenue from its industrial packaging segment which has the capacity to produce 4.5 million tons of containerboard annually. It is the third largest manufacturer of containerboard in the U.S, with a strong customer base in the U.S. and abroad. The prices for containerboard saw an increase last spring by $50 a ton, reaching almost $740 a ton.

With the increase in prices, industrial packing revenue increased to $3.8 billion in the second quarter, up from $3.5 billion a year ago. Even though prices increased, demand continued to rise and customers willingly paid more. this led to increased sales and lower operating costs. International Paper Company (NYSE:IP) will continue to generate high synergies since the global containerboard demand is expected to increase from 37 million tons in 2011 to 176 million tons in 2015.

the company plans to reduce its debt by $3 billion to $4 billion between 2012 and 2015, with $2 billion in debt already paid down. It recently sold its Temple-Inland, Inc. (NYSE:TIN) building products business to Georgia-Pacific Building Products for $710 million in cash to focus on its paper and packaging business. As per the rule of the Department of Justice, however, it cannot use the full amount for debt reduction; as a result, the company will use proceeds from sale to return cash to its shareholders in the form of dividend.

Rock-Tenn Company (RKT) Will Surprise You With Gains This Year 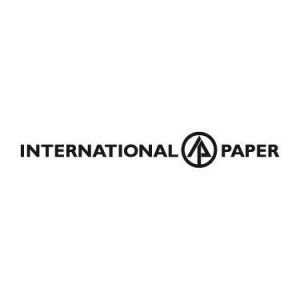 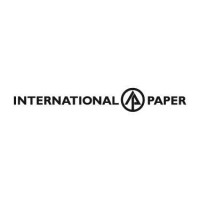