At 42 years, Jason English has already had a career that, for most of us, would constitute a lifetime of achievement. The South African entrepreneur and business magnate has launched and scaled some of the most innovative businesses in South Africa, the United Kingdom, and the UAE, along with a great deal of philanthropy in South Africa.

We sat down with the young business leader to reflect on a career punctuated by adrenaline and adventure, building the virtual reality start-up The Virtulab, and writing about how companies might create and embody a compelling company culture in his upcoming book “The Oros Effect.” 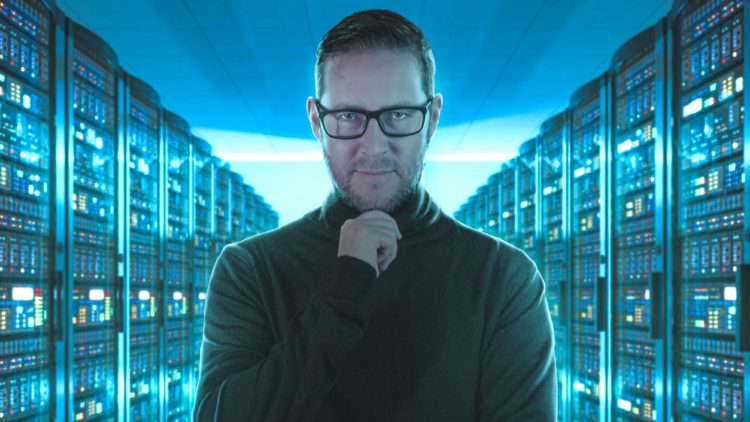 Jason English. You are a member of YPO, a global leadership community of chief executives and influential business leaders, but you started your career as an engineer spanning many different industries. When you look back, how do you connect the dots?

You know, it’s a funny story. The plan was to become a doctor, but my innate desire to help people took me towards a different career path; one with far more of the thrill and excitement I craved. I chose instead to become a paramedic while I studied engineering. And I can tell you, working in the accident unit, with some of the tragic things I’ve seen, the experience taught me some valuable lessons that I’ve taken through my career and continue to use on a daily basis. Probably the biggest one was learning how to react and make decisions in uncertain and challenging situations, particularly when you hold someone’s life in your hands. In the business world, making tough choices is our daily status quo.

You’ve spent time in the South African Police Service, in a region that has a number of social and economic challenges. Why did you decide to join?

Joining SAPS brought about a whole new set of challenges. Imagine having to break down a door, and knowing exactly what the guys to your left and your right will do. The importance of planning at every step, and being able to pivot away from that plan at a moment’s notice, is what separates you from ending up in a hospital ward, or getting back home to your family. It was here that I truly understood the value of systems and processes, and of being prepared. But the biggest lesson I learned was how to entrust my colleagues with my life, and for them to entrust their lives with me. The lessons I learned with the SAPS formed an integral part of the real Jason English that is visible only to people close to me.

When you graduated, you found your way into the Oil and Gas sector, and this is where you got exposed to a spectrum of leadership in South Africa.

I remember the day I finished my last exam like it was yesterday. I stepped outside to find an old friend hiring mechanical engineers for Kentz Engineers & Constructors which today is part of SNC-Lavalin. When I was a small child, my dad would drive past Sapref oil refinery on his way to work, and I would gaze in awe at the complex network of pipes and billowing chimneys and wished that one day I could work there. Before my friend had even begun to pitch the role, I had already decided that I wanted to pursue a career in oil and gas.

However, the dream I had was different from the reality I experienced. Over those years, working and interacting with different personalities across different cultures, I learned that leadership is actually not very hard. There were some amazing leaders, and some less so. I made a series of mental notes on what these leaders did well, and what they did poorly. I became a student of how they interpreted and put company culture into action, and how they encouraged and inspired myself and people around them. Much of how I now think, act and feel as a leader has been molded by these past experiences in the oil and gas sector.

Your role in the Oil and Gas sector took you around the world, but it wasn’t always smooth sailing

Having a job in the oil and gas industry certainly came with its own career rewards, including working all over the world, from Houston to the east coast of Australia, and even a stint in Russia. It was a life of red carpets, high-flying and luxury, but I was also incredibly privileged to see behind the curtain of some major global corporations and saw how large businesses were run and managed. When we listed on the London Stock Exchange’s secondary markets in 2008, and on the main market in 2012, being involved in both of those journeys was a defining point in my career, but it also signalled a new chapter in my life.

You took Prommac from humble beginnings in the Oil and Gas services sector and turned into a dominant player in the region, with revenues exceeding R500 million. It must have been quite a challenge.

Leaving the relative safety and security of an executive career to take over Prommac, an oil and gas services company, was a tough decision. Prommac started as a relatively high-risk venture, but has since become a strong player in a number of industries and serves clients including Sasol Chemicals, Natref and Astron Energy. While there was a lot I was unfamiliar with at the beginning, it was the incredible team we assembled and our unshakeable ambition to succeed that we count towards our success.

Jason English, tell us more about your diversification into the UAE, your involvement in the events and construction markets, Al Laith and why you choose the MENA region, specifically Dubai, as your regional headquarters?

Al Laith is a provider of temporary facilities & logistics, demountable structures and work at height solutions for the Middle East construction industry and events industry. We’re now a leading operation in Middle East events and construction, servicing the global names in entertainment and real estate. The UAE offers an opportunity for us to be centrally positioned in the Middle East with access to growing economies and many emerging markets. Al Laith has been a prime player in some of these markets for over 25 years, expanding throughout the region, including Oman, Bahrain and the Kingdom of Saudi Arabia.

Let’s shift gears and talk about your latest foray into entrepreneurship, specifically the group’s virtual reality start-up The Virtulab, and your first product Virtuworx. Is entrepreneurship something that has always come naturally to you?

Since I was a kid, I’ve always thought of myself as an entrepreneur. From selling the pears and avocados I picked from our garden – and sometimes, from my neighbour’s gardens – to people passing by on the street, I got some friends to help me sell at the local market. When I was there, I saw that people were doing really well with clothing, so I went and collected what we had and took it with me to the local flea market.

Today, we’d call that “growing a team and availing new profit centers.” For me, it was just doing what came naturally.

Similarly, thinking like an entrepreneur is actively encouraged within CG Tech (previously CG Holdings), co-founded and led by our chairman Niall Carroll. Niall Carroll is a South African businessman and investment banker with a string of successful ventures in South Africa and the United Kingdom. As CEO of Royal Bafokeng Holdings, Niall Carroll played a crucial role in renegotiating the rights to the platinum mines for the Royal Bafokeng Nation and significantly growing a diversified portfolio of investments. Today, Niall Carroll and I work together across a portfolio of projects with our business partners Dany De Barros, Joseph Zinyana, David Cummins, Andrew Jackson and Donal Molloy.

In the context of The Virtulab, it started from the challenges of coordinating the training of a globally distributed team. As entrepreneurs, we started by asking a question: Since we can’t get everyone in one room, why can’t we bring the room to them? The solution was an augmented reality experience where people can come together in a virtual world to meet and centralise their training activities on our digital real estate platform called Virtuworx.

How did the pandemic affect your work at CG Tech?

With our group technology support team operating out of South Africa and the United Kingdom, we took note as the pandemic swept through the region and companies around the world were scrambling to adapt. We soon realised that the technologies we were developing to solve the challenges within our own portfolio of companies could solve a far greater challenge, particularly in the new post-pandemic future. Rather than keeping the solution to ourselves, we decided to spin-out our technology support team and formed The Virtulab. The Virtulab is a technology incubator that uses drone services and ground scanning to create software solutions to challenges for businesses around the world, such as our Virtuworx platform, the virtual reality start-up creating remote working spaces for meetings, education and conferences with digital avatars.

Most successful entrepreneurs usually wait until the end of their career to author a book. You’ve decided to do it mid-career. Can you tell us a little about your upcoming book, “The Oros Effect”?

The Oros Effect is a simple yet powerful idea that came to me in the form of a question. When I found myself pouring a drink for my brother and our team members in our office, it struck me. With our workload increasing as exponentially as the team, how could we manage all of this growing complexity?

As I was pondering the question, I caught myself staring at a bottle of Oros (a regional concentrated orange drink popular in South Africa) and suddenly realised that I needed a way to concentrate my knowledge, my beliefs and my ideas – effectively, my “Oros” – into the people closest to me, and then those people would need to transfer their Oros to the next.

The Oros Effect is about how leaders can effectively scale and transfer their own Oros – their vision, their company philosophy, their ideas, and communicate them in a way that will be lasting and scalable. It’s really about how you transfer culture within organisations. If people are aligned with a similar vision, mission and purpose, they will tend to make decisions in the best interest of the company and the people within it.

With organisations becoming increasingly complex, The Oros Effect is about how leaders can decentralize their decision-making within their teams, knowing with confidence that the right decisions will be reached. This is one of the core pillars of The Oros Effect.

Reflecting on this has made me ask a new question: What if we could pass on our Oros in a way that, instead of becoming diluted, actually becomes stronger? Wouldn’t that be an interesting world to live in.