LONDON — Stock index futures at 7 a.m. EDT indicate that the Dow Jones Industrial Average may open up by 0.18% this morning, while the S&P 500 may open 0.22% higher as investors wait for the latest quarterly results from banking giants JPMorgan Chase & Co. (NYSE:JPM) and Wells Fargo & Co (NYSE:WFC).

European markets fell this morning as fears grew that Cyprus may need an additional 6 billion euros for its bailout, taking the total value of the bailout to 23 billion euros. The subject will be under discussion at today’s meeting of eurozone finance ministers, but there is likely to be strong resistance to providing more funds. Although the amount of money involved is small in the context of the eurozone economy, investors are worried that the precedents set in Cyprus may eventually be applied to some of the eurozone’s other troubled — and much larger — economies. Adding to the bad news, new figures this morning showed that eurozone industrial production fell by 3.1% in February compared with the previous year and rose by just 0.4% from January.

In the U.S., economic reports today are expected to show that retail sales and the producer price index edged lower in March. Both reports are due at 8:30 a.m. EDT, and consensus forecasts indicate that retail sales may have fallen by 0.1% in March after rising 1.1% in February, while the producer price index is expected to have fallen 0.3% in March after 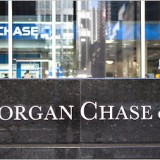 The big news today may be bank earnings. JPMorgan Chase & Co. (NYSE:JPM) reported first-quarter earnings of $6.53 billion, or $1.59 per share, beating expectations of $1.39 per share. The outperformance owed largely to increased mortgage-lending. Despite the earnings beat, however, the bank’s stock is down 0.8% in premarket trading.

Wells Fargo is also due to report earnings before markets open this morning. Analysts are expecting earnings of $0.89 per share, up from $0.75 for the same period in 2012.

Other stocks that could be actively traded this morning include Harris, which is down 7.4% in pre-market trading after it issued a new revenue forecast that missed analysts’ estimates. Microsoft stock may also fall when markets open; the maker of the Windows operating system fell 4.4% in trading yesterday and is down 0.5% in premarket trading this morning.

Roland Head has no position in any stocks mentioned. The Motley Fool owns shares of JPMorgan Chase and (NYSE:JPM) Microsoft.