J.D. Power and Associates released its eight annual U.S. Retail Banking Satisfaction Study last week, and results point to greater customer satisfaction at banks of all sizes. Over 50,000 customers across the country were surveyed regarding their banking experiences, with each bank ranked by region based on overall satisfaction. The top performing banks per region are:

Inside the results
Big banks, defined as the six largest financial institutions based on total deposits, saw the largest increase in satisfaction from last year’s results. Traditionally, big banks have had an advantage over smaller banks when it comes to branch availability, but they often trailed the smaller banks when it came to listening to what customers actually wanted. Senior director of banking at J.D. Power and Associates Jim Miller stated that “many of the big banks have made great strides in listening to what customers are asking for,” including communicating better about fees.

New or increased fees often have a negative impact on bank satisfaction. With bank customers paying $32 billion in overdraft fees during 2012, it is easy to see why fees can be such a contentious issue. Nevertheless, the study found that fees have begun to stabilize, and 33% of customers surveyed stated they “completely” understand the fee structure of their bank, which was up from 26% the year before. 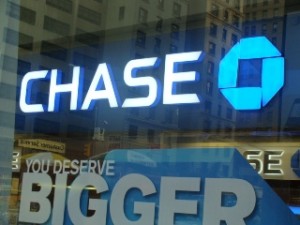 Furthermore, while personal service at a branch cannot be completely discounted, the study also found that the numbers of online, ATM and mobile banking transactions are increasing, particularly in mobile banking. Usage in this area increased to 17% — up from 11% the year before — and the average number of transactions increased nearly 76%. The study concluded that successful banks are not “pushing customers out of the branch,” but instead providing tools that make banking more convenient.

What it means for investors
Simply appearing as a “winner” does not make the publicly traded banks on this list great investments, nor should their appearance be completely ignored. It should simply be another piece of information to consider when looking at these banks as investments. A satisfied customer base could potentially lead to increased profits down the road, especially if and when a customer expands his or her need of additional banking products. For example, a person with checking and savings account at Huntington Bank is more likely to get additional banking products — a mortgage or CD, perhaps — should his experience with the bank already be satisfactory.

The article J.D. Power and Associates Ranks the Banks: The Winners originally appeared on Fool.com is written by Robert Eberhard.

Fool contributor Robert Eberhard has no position in any stocks mentioned. The Motley Fool owns shares of Huntington Bancshares and JPMorgan Chase.