On Tuesday, the shareholders of JPMorgan Chase & Co. (NYSE:JPM) voted for Jamie Dimon to remain in his dual role as chairman and CEO. In spite of the media hoopla leading up to it, the voting shareholders cast their ballots based on Dimon’s results, and the outcome speaks for itself.

The man, the myth
Dimon is a polarizing figure in our business culture today. He’s brash, confident, blunt, and probably a little arrogant. He fumbled his initial handling of the London Whale fiasco, but he responded promptly and aggressively as the scale of the scandal become clear. He reshuffled his management team, beefed up risk management, and publicly admitted mistakes were made.

Even President Obama straddles the Dimon dichotomy, criticizing the bank for the London Whale scandal yet still squeezing in praise for “one of the smartest bankers we’ve got.” 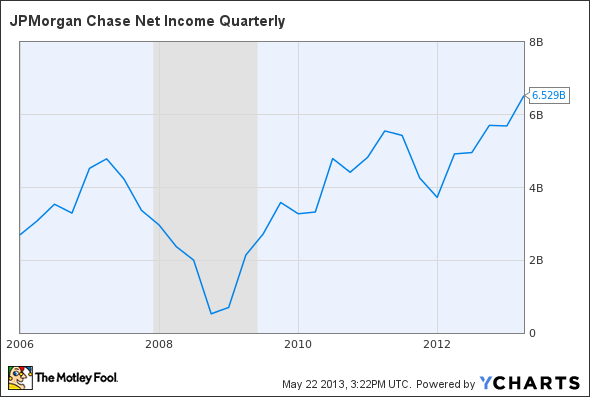 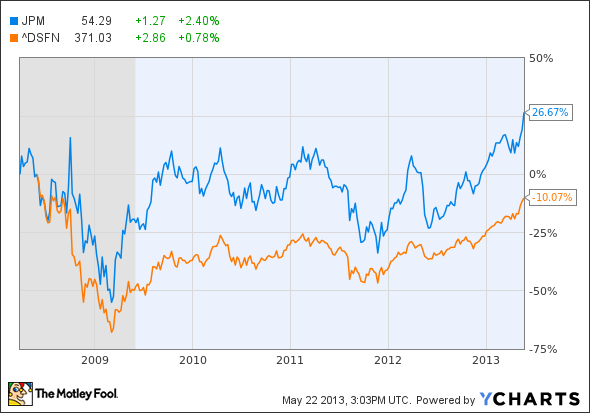 The results are similar if we narrow the comparison to JPMorgan Chase & Co. (NYSE:JPM)’s peer group of only the largest U.S. banks. JPMorgan’s stock easily outperforms Bank of America Corp (NYSE:BAC) and Citigroup Inc. (NYSE:C). Wells Fargo & Co (NYSE:WFC) has been widely applauded of late, but since Dimon became CEO, JPMorgan Chase & Co. (NYSE:JPM) has beaten Wells in the markets by 7%. 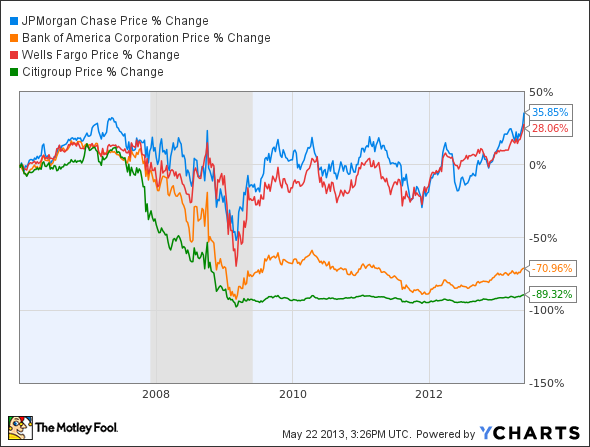 Jamie Dimon’s style — aggressive, confident, and brash — probably opened him up to outsized, and mostly warranted, criticism when the London Whale scandal hit the nightly news. No one is infallible, Dimon included.

Still, JPMorgan shareholders voted correctly to keep him as both CEO and chairman. Dimon’s tenure has seen the near-collapse of the financial system and is currently working through the largest overhaul of financial regulation in 80 years. But through it all, the bank’s performance has been exemplary. Jamie Dimon has earned the responsibility to fill both those spots in JPMorgan’s top ranks.

The article 3 Charts That Justify Jamie Dimon’s Jobs originally appeared on Fool.com and is written by Jay Jenkins.

Fool contributor Jay Jenkins has no position in any stocks mentioned. The Motley Fool recommends Wells Fargo and owns shares of Bank of America, Citigroup, JPMorgan Chase, and Wells Fargo.