JPMorgan Chase & Co. (JPM): Here’s How You, As An Investor, Can Win

JPMorgan Chase & Co. (NYSE:JPM), once considered the safest bank in the nation, is becoming famous for bad deeds. First the loopholes in its internal controls exposed by the London Whale incident, and now corporate governance issues. While the anticipated split in the roles of the CEO and the chairman would be beneficial, analysts believe the bank’s stock could fall by almost 10% if the roles are split and Jamie Dimon decides to exit. 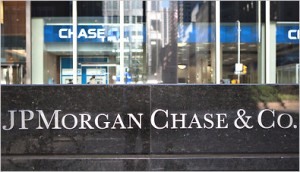 Shareholders are the owners of a company. However, they don’t get to make the decisions related to the daily operations of the company. They appoint directors who act to safeguard their interests. The directors then elect a chairman of the board who is supposed to keep watch over the CEO. Now, I believe you are in for some trouble if the CEO and the chairman of the board are the same person. Separating the two titles would result in reduced agency costs and improved performance.

Does the split actually help?

It is widely understood that the roles of CEO and chairman of the board must be split for the normal operations of an organization. Such is the case at Citigroup Inc (NYSE:C), where the roles are split between Michael Corbat (CEO) and William O’Neil (chairman). The split in the roles has been immensely beneficial for Citigroup Inc (NYSE:C). It was the split in the roles coupled with shareholder activism at Citigroup that led to the exit of the bank’s former CEO after he was made accountable for the bank’s failure to pass the stress test in 2012.

As a result of better corporate governance practices, Citigroup emerged as one of the safest banks after the results of the latest stress tests were made public. The results demonstrated that Citigroup has the highest ability to withstand another severe financial crisis. Besides, Citigroup was able to post a revenue beat during the prevailing revenue-challenged environment.

The bank has run down most of its legacy problems assets, while at the same time it has moved toward a more customer-driven model. Going forward, the bank is expected to reduce its risk and free up capital. Besides, the bank’s global footprint, particularly in the emerging markets, should help mitigate the impact of sluggish US loan growth. So, the benefits of the split in the roles of the CEO and chairman are obvious.

Poor corporate governance at US banks

It is widely believed that the corporate governance practices at most U.S. money- center banks are not very encouraging. Only Bank of America Corp (NYSE:BAC)’s Brian Moynihan and Citigroup’s Michael Corbat have to be accountable to the chairman of their respective boards. The two roles at Bank of America Corp (NYSE:BAC) were split after the management’s poor handling of the Merrill Lynch takeover. The vote was termed as “an unprecedented victory for shareholders and shows the value of corporate government activism,” by the director of corporate governance and pension investment at the American Federation of State, County and Municipal Employees.