In an already massive market segment, are dividends all you can hope for when you hunt down “elephants” like Warren Buffett does? While you probably won’t get a five-bagger at this level, seeing a price increase in the 20%-50% range is very possible. In the case of stock splits, you may very well see adjusted share prices rise considerably. Plus, there’s always the prospect of a company’s stock becoming exceedingly popular and breaking the normal rule of staying under $200 a share the way Google Inc (NASDAQ:GOOG) and Apple Inc. (NASDAQ:AAPL) have. Let’s take a look at some of the biggest drug stocks on the planet and see if they’ve got any juice left in them.

Can a titan hit a growth spurt? 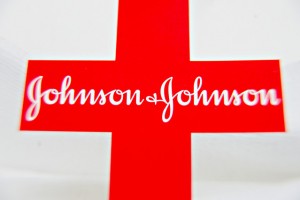 With a $240 billion market cap, they don’t come much bigger than Johnson & Johnson (NYSE:JNJ). One reason I like J&J is that despite being the kind of company people are always using to compare to others because of its stability, it’s only trading for around 23 times its earnings. Plus, for a company of this size that rocks $65 billion in annual revenue, making a 15% profit margin on that means Johnson & Johnson (NYSE:JNJ) has plenty of cash to stand on at the end of the day.

If you still think I haven’t answered the question this section’s named for, I’ll just come out and say yes, Johnson & Johnson (NYSE:JNJ) is very capable of strong growth going forward. With a massive stable of products and a 120+ year history, this is the kind of company that can stand the test of time. But over the past few years, there have been a lot of issues resulting from shareholder litigation, product recalls, and fines because of Johnson & Johnson (NYSE:JNJ) making some unfortunate marketing decisions. These problems are going to pass, and the company should continue onward with this blip on the radar looking as good as Coke does in spite of the New Coke debacle of the 80s.

Does anybody remember when turning 40 meant you were old? Pfizer Inc. (NYSE:PFE) is one company that doesn’t care about that silliness. After all, the detrimental effects commonly associated with aging are mostly concerned with various forms of inflammation, which is one of the major specialties of Pfizer Inc. (NYSE:PFE)’s product lines. Some of its other major operations concern pain, metabolic diseases, and cardiovascular health.

Tell me, in a world with an aging population with plenty of pain that’s getting pudgier with each passing year and already counts two-thirds of its adults as overweight or obese, does this sound like a bad time to be dealing with all of these issues? Granted, there’s no guarantee that Pfizer Inc. (NYSE:PFE) will stay at the highest level of revenue in the drug-making world, nor that all of their medicines will pan out — many medicines don’t make it through drug trials. However, one of the biggest keys to making money in anything is having a motivated market. I, for one, have no interest in feeling old until there’s no other choice, and this fairly common sentiment is why I believe Pfizer Inc. (NYSE:PFE) has plenty of room to run.

Make it good, make it cheap