Renowned hedge fund magnate George Soros provided some real life to J.C. Penney Company, Inc. (NYSE:JCP) shares when he revealed a 7.9% stake, valued at some $265 million, in the ailing retailer. Shares soared 9% on the news.

The position makes Soros the company’s fourth largest shareholder. But don’t look for the mogul to throw in his two cents. He will remain a passive investor. However, his name behind the anemic department store chain is a much needed vote of confidence.

Soros joins his hedge fund crony Bill Ackman as one of Penney’s major shareholders. With an 18.11% stake, or 39,075,771 shares, the Pershing Square Capital Management leader is J.C. Penney Company, Inc. (NYSE:JCP)’s biggest shareholder. And in spite of seeing his position sink in value, he remains committed. “We’re not going anywhere. In fact, we’re going the other direction. We’re digging in,” Ackman shared with WWD after Ron Johnson was ousted as CEO and his predecessor Mike Ullman was bought back in to man the helm. 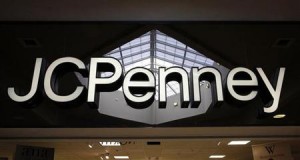 A former Apple executive, Johnson was tapped to save the struggling J.C. Penney Company, Inc. (NYSE:JCP) brand. Johnson’s aim was ambitious. He spruced stores up with fresh makeovers. Johnson banished the familiar deluge of store coupons, opting instead for everyday low prices. But the move was not well received by customers. They left in droves for rivals Target (NYSE:TGT) and Wal-Mart (NYSE:WMT). In his year-and-a-half stint as CEO, sales tumbled. Q4 earnings, which should have been robust in a reflection of holiday sales, slumped 28% from the year ago period.

Indeed, retail sales waned during the last quarter of 2012 as fiscal cliff worries sent many shoppers into hibernation. And this year’s first quarter sluggish showing has been blamed on everything from the end of the payroll tax to higher gasoline prices to Superstorm Sandy.

Minneapolis based Target warned Q1 earning will miss expectations “due to weaker than expected sales trends, particularly in seasonal and weather sensitive categories.” But in an upbeat note, Target stands by its full-year forecasts for adjusted earning of $4.85 to $5.05 per share.

Target’s foray into Canada should add nicely to the company’s bottom line. In addition, Target stands to benefit as consumers start to open up their wallets more freely. With the worst of the recession behind us, image conscious shoppers are shunning low-priced Wal-Mart for Target. Vanity shoppers prefer to tell friends they “bought it” at Target rather than Wal-Mart.

Plus, consumer complaints have mounted that Wal-Mart stores are under-staffed and store shelves are poorly stocked. Long check-out lines and barren shelves are turning customers away. Reuters reported employees have voiced criticism about long hours, low wages and unsafe conditions.

Moreover, Wal-Mart continues to be plagued hand-over-first with bad publicity. Accused of illegally bribing Mexican officials to speed up getting building permits and gain other favors, the world’s largest retailer warned last month it is highly likely it will incur losses due to ongoing investigations. And the Bangladeshi factory fire late last year, where clothing sold by Wal-Mart was made, also blemished the company name. The disaster left at least 112 dead. Victims have called on Wal-Mart to pay compensation.

And the new $1.75 billion loan for J.C. Penney Company, Inc. (NYSE:JCP) being brokered by investment powerhouse Goldman Sachs is another lure. The loan would be largely secured by the department store’s rich real estate. Following news of the loan, Penney’s stock soared 12%.

Down 13.8% year-to-date, rumors have swirled that Penney is an appealing leveraged buyout candidate. The chatter came as M&A activity got off to a strong 2013 start . Going private makes a lot of sense. It would allow the company to clean house out from under the prying eyes of the media and shareholders. Forbes reports there is strong interest from some top private equity firms for a Penney’s LBO.

The renewed attraction of J.C. Penney Company, Inc. (NYSE:JCP) suggests the retailer has an angel of sorts on its shoulder. But, the company certainly has work to do. In the immortal words of the late great Margaret Thatcher, “Pennies do not come from heaven. They have to be earned here on earth.”