J.C. Penney Company, Inc. (JCP), And How George Soros Is a Spirit-Lifter

Since the very public ousting of CEO Ron Johnson, J.C. Penney Company, Inc. (NYSE:JCP) bulls (including this author) have been quietly licking their wounds, telling themselves that this is a moment of faith and that their stock-picking abilities do not resemble the “Wheel of Fortune” letter-selection process. On April 10, investor extraordinaire Bill Ackman said he has no plans to dump his 17.8% stake in the company and may even dig in deeper. That particular vote of confidence, given the wide range of opinions surrounding the hedge fund manager, did little to soothe investors’ and analysts’ concerns. 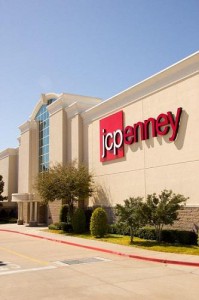 This past week, though, that all changed. Another superinvestor has gotten behind J.C. Penney Company, Inc. (NYSE:JCP), and this time it sent the stock soaring. Does George Soros’ 8% position in the company ease your fears about that beleaguered retailer?

Chitchat
A megainvestor’s word probably would have meant more five years ago than it does today. Since star fund managers have taken to the silver screen to tout their positions, their credibility has suffered a bit. Take Ackman, for example. Personally, I remain a strong believer in his positions and point to some incredible successes that, in my opinion, overshadow the failures — Burger King Holdings, Inc. (NYSE:BKC) being one of them. Though it hasn’t received much media attention, urger King Holdings, Inc. (NYSE:BKC) was reorganized a year ago and brought back out from under the private equity wing with a refreshed menu and a more appealing, modern image. Since the stock debuted (in its most recent incarnation) last summer, it has ticked up more than 20%. Still, all of the media attention Ackman has garnered with his J.C. Penney Company, Inc. (NYSE:JCP) and Herbalife Ltd. (NYSE:HLF) bets has left many unconcerned and, perhaps, unimpressed with “smart money” movements. David Einhorn, Nelson Peltz, Carl Icahn, and other famous activists have investors similarly skeptical.

With that in mind, it was interesting to see J.C. Penney Company, Inc. (NYSE:JCP) stock soar nearly 15% during Friday’s trading after it was announced late Thursday that famed investor and political activist George Soros had taken a nearly 8% stake in the troubled retailer, whose sales hit rock-bottom in the recent quarter. The stock is much cheaper than when Ackman built his stake, but should investors so quickly restore their faith in the company?

The pros, speculatively
One of the biggest concerns lately regarding J.C. Penney Company, Inc. (NYSE:JCP) is liquidity. The company spent a bundle under Johnson’s reign, with minimal cash flow to refill the coffer. But now, Goldman Sachs has announced it is leading a $1.75 billion financing round for the company — effectively erasing the short-term liquidity crisis.

Also, I’ve exhaustively touted the success in the company’s renovated spaces, and I still believe in them. If J.C. Penney can reconnect with the customer and make good on its prior missteps, the true genius of Johnson’s plan can once again take center stage. If and when that happens, watch as the financials about-face.

As for this moment, though, the latter is a speculative consideration and should be treated as such. Mike Ullman is back in the C-suite and has publicly committed to getting back in touch with J.C. Penney’s alienated customer. But as we have learned from plenty of CEO, analyst, and fund manager promises, the real proof is in the numbers.

I wouldn’t follow Soros in on J.C. Penney, but I wouldn’t cast it out yet, either. This story isn’t quite done.

Fool contributor Michael Lewis has no position in any stocks mentioned. The Motley Fool recommends Burger King Worldwide and has the following options: long Jan. 2014 $50 calls on Herbalife.