Looking for stocks with high upside potential? Just follow the big players within the hedge fund industry. Why should you do so? Let’s take a brief look at what statistics have to say about hedge funds’ stock picking abilities to illustrate. The Standard and Poor’s 500 Index returned approximately 5.7% in the 12 months ending October 26 (including dividend payments). Conversely, hedge funds’ 30 preferred S&P 500 stocks (as of June 2014) generated a return of 15.1% during the same 12-month period, with 53% of these stock picks outperforming the broader market benchmark. Coincidence? It might happen to be so, but it is unlikely. Our research covering the last 18 years indicates that hedge funds’ stock picks generate superior risk-adjusted returns. That’s why we believe it is wise to check hedge fund activity before you invest your time or your savings on a stock like Yelp Inc. (NYSE:YELP).

Yelp Inc. (NYSE:YELP) was in 30 hedge funds’ portfolios at the end of the third quarter of 2018. YELP shareholders have witnessed an increase in support from the world’s most elite money managers in recent months. There were 26 hedge funds in our database with YELP holdings at the end of the previous quarter. Nonetheless, there weren’t many billionaires among those investors bullish on Yelp Inc. as other stocks attracted them (if you wont know which stocks have been more interesting to the wealthiness hedge fund managers take a look at the list of 30 stocks billionaires are crazy about: Insider Monkey billionaire stock index). We don’t find this data to be sufficient for us to conclude whether Yelp Inc. is worth purchasing or not, and that’s why will continue examining it.

In the 21st century investor’s toolkit there are many metrics stock market investors have at their disposal to assess publicly traded companies. Two of the best metrics are hedge fund and insider trading sentiment. Our experts have shown that, historically, those who follow the top picks of the elite hedge fund managers can outclass the broader indices by a very impressive amount (see the details here). 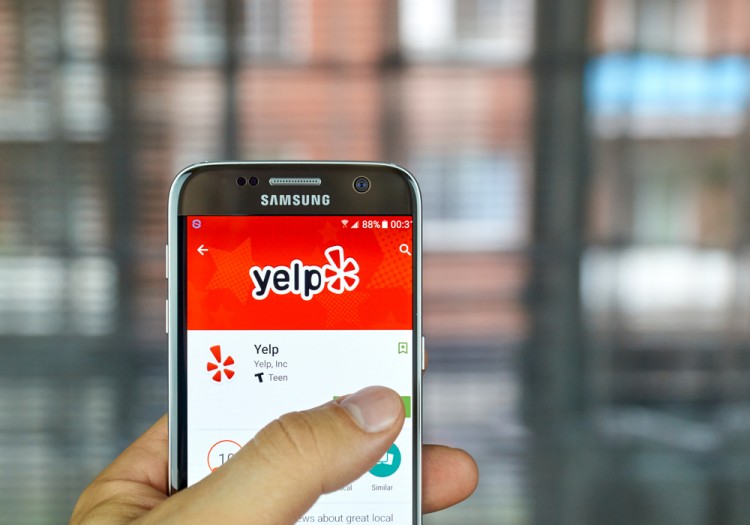 During our careful research about the company, we stumbled upon Greenhaven Road Capital’s investor letter, in which the fund presents its views on the stock. We bring you here that part of the letter:

“We discussed Yelp in detail in Greenhaven’s Q2 letter. The initial indications are that the transition away from one-year contracts and toward more flexible, “cancelable at any time” commitments has gone well. As management said in their quarterly letter to shareholders (Link):

“We are pleased with how the transition has gone. Clients have responded well to the increased ﬂexibility and our salesforce has closed more new deals than ever before. We added a record number of advertisers in the quarter, and trial conversion and client retention were consistent with our expectations.”

Continuing with our study of the stock, we’ll further review the fresh hedge fund action encompassing it. 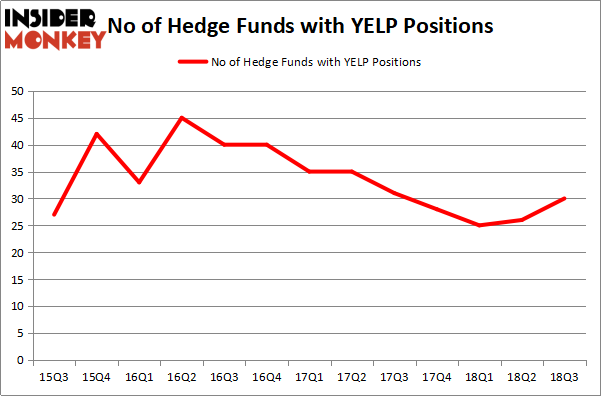 As you can see these stocks had an average of 31 hedge funds with bullish positions and the average amount invested in these stocks was $606 million. That figure was $1.02 billion in YELP’s case. Stamps.com Inc. (NASDAQ:STMP) is the most popular stock in this table. On the other hand Chesapeake Energy Corporation (NYSE:CHK) is the least popular one with only 22 bullish hedge fund positions. Yelp Inc. (NYSE:YELP) is not the least popular stock in this group but hedge fund interest is still below average. This is a slightly negative signal and we’d rather spend our time researching stocks that hedge funds are piling on. In this regard STMP might be a better candidate to consider a long position.