This makes Tumblr’s acquisition a bit more than Facebook Inc (NASDAQ:FB)‘s purchase of Instagram. And makes it big enough to be a cornerstone of relatively new CEO Marissa Mayer’s future reign. Where does such an acquisition fit in the companies’ plans? 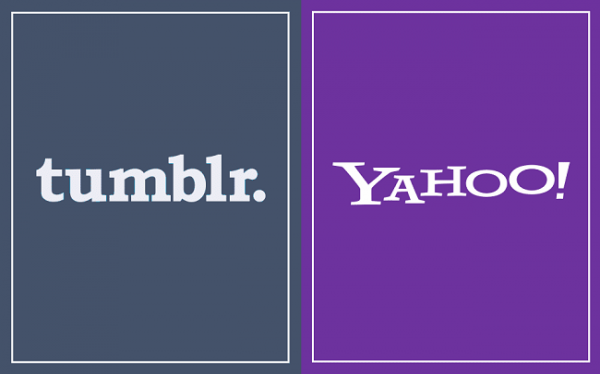 Tumblr overview
For the unfamiliar, Tumblr allows users to easily create short-form blogs with a focus on images. It was started in 2006, and has yet to be profitable as it only recently started to focus on monetization. However, with the introduction of more forms of advertising on the site, it expects to be profitable for the first time this year. Last year, the company brought in $13 million in revenue, with its sights set on $100 million by the end of this year.

Tumblr under Yahoo!
In its press release, with a nod to poorly performing past acquisitions, Yahoo! Inc. (NASDAQ:YHOO) “promises not to screw it up.” Tumblr will be operated separately as an independent business. As Tumblr CEO David Carp says: “Our team isn’t changing. Our roadmap isn’t changing.” In that sense, Tumblr will join Alibaba, of which Yahoo! Inc. (NASDAQ:YHOO) owns 24%, and Yahoo! Japan, of which Yahoo! owns 35%. Alibaba will likely be one of the largest IPOs in history later this year, with a median valuation at $62 billion. Yahoo! Japan brought in nearly $1 billion in profit last year, and is valued around $30 billion.

Like Facebook Inc (NASDAQ:FB)’s takeover of Instagram, it appears Yahoo! wants to let the service keep its own brand. Where do Yahoo!’s interests overlap with Tumblr’s? As Mayer describes it:

Yahoo! is the Internet’s original media network. Tumblr is the Internet’s fastest-growing media frenzy. Both companies are homes for brands — established and emerging. And, fundamentally, Tumblr and Yahoo! are both all about users, design, and finding surprise and inspiration amid the everyday.

As Tumblr seeks to monetize its content through advertising, Yahoo! can assist it. And as Yahoo! seeks to maintain relevance, a trendy blogging service can keep users growing.

When Mayer first took over, she outlined that Yahoo!’s competency of personalization should be used to grow users as the company becomes an everyday part of a user’s routine. She also stressed a focus on mobile, and a push for products that only have a chance of having 100 million users or $100 million in revenue within six months. Tumblr, with 50 million users and growing, and a goal of $100 million in revenue, fits right in. It also fits Mayer’s mobile focus, and fosters the routine interaction Mayer desires.

Tumblr’s future
Whether Tumblr is worth more than $1 billion will be decided later this year, as it ramps up efforts to attract advertisers. The heat will be on Tumblr employees to meet its goal of profitability. If they don’t succeed, I’d expect Yahoo! to break its promise and exert more control to squeeze value out of its new toy. Because while pressure from users to not “screw things up” carries weight, investors’ ultimately hold more sway.