In the eyes of most market participants, hedge funds are assumed to be slow, old financial vehicles of yesteryear. While there are greater than 8000 funds trading at the moment, we choose to focus on the top tier of this club, around 450 funds. It is estimated that this group controls the lion’s share of the hedge fund industry’s total asset base, and by monitoring their top investments, we have identified a number of investment strategies that have historically outperformed the S&P 500 index. Our small-cap hedge fund strategy outpaced the S&P 500 index by 18 percentage points annually for a decade in our back tests, and since we’ve started sharing our picks with our subscribers at the end of August 2012, we have trumped the S&P 500 index by 25 percentage points in 6.5 month (explore the details and some picks here). 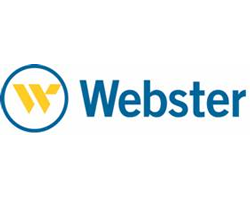 Equally as beneficial, optimistic insider trading sentiment is another way to break down the stock market universe. There are a variety of stimuli for an insider to cut shares of his or her company, but only one, very simple reason why they would behave bullishly. Plenty of academic studies have demonstrated the market-beating potential of this tactic if “monkeys” know what to do (learn more here).

What does the smart money think about Webster Financial Corporation (NYSE:WBS)?

In preparation for this year, a total of 21 of the hedge funds we track held long positions in this stock, a change of 62% from the previous quarter. With hedge funds’ positions undergoing their usual ebb and flow, there exists a few key hedge fund managers who were increasing their stakes considerably.

According to our comprehensive database, Ken Griffin’s Citadel Investment Group had the largest position in Webster Financial Corporation (NYSE:WBS), worth close to $54 million, comprising 0.1% of its total 13F portfolio. The second largest stake is held by Polaris Capital Management, managed by Bernard Horn, which held a $37 million position; 0.2% of its 13F portfolio is allocated to the company. Some other hedgies that hold long positions include Richard S. Pzena’s Pzena Investment Management and David Dreman’s Dreman Value Management.

Bullish insider trading is best served when the company in question has seen transactions within the past six months. Over the latest six-month time frame, Webster Financial Corporation (NYSE:WBS) has experienced 1 unique insiders purchasing, and 3 insider sales (see the details of insider trades here).

With the results demonstrated by the aforementioned research, everyday investors must always keep an eye on hedge fund and insider trading sentiment, and Webster Financial Corporation (NYSE:WBS) applies perfectly to this mantra.

Is The J.M. Smucker Company (NYSE:SJM) Going to Burn These Hedge Funds?

This Metric Says You Are Smart to Buy Genpact Limited (NYSE:G)