Is United Fire Group, Inc. (NASDAQ:UFCS) a buy right now? Money managers are betting on the stock. The number of bullish hedge fund positions increased by 4 in recent months. 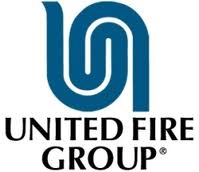 In the 21st century investor’s toolkit, there are many metrics investors can use to analyze their holdings. Two of the most underrated are hedge fund and insider trading movement. At Insider Monkey, our studies have shown that, historically, those who follow the top picks of the elite investment managers can outperform the broader indices by a very impressive margin (see just how much).

Just as key, bullish insider trading activity is a second way to break down the marketplace. There are a number of reasons for a corporate insider to sell shares of his or her company, but only one, very clear reason why they would initiate a purchase. Many empirical studies have demonstrated the useful potential of this tactic if shareholders know where to look (learn more here).

With these “truths” under our belt, we’re going to take a peek at the key action encompassing United Fire Group, Inc. (NASDAQ:UFCS).

At the end of the fourth quarter, a total of 11 of the hedge funds we track were long in this stock, a change of 57% from the previous quarter. With hedgies’ sentiment swirling, there exists a select group of key hedge fund managers who were increasing their stakes substantially.

According to our comprehensive database, Israel Englander’s Millennium Management had the most valuable position in United Fire Group, Inc. (NASDAQ:UFCS), worth close to $6.5 million, comprising less than 0.1%% of its total 13F portfolio. Sitting at the No. 2 spot is Chuck Royce of Royce & Associates, with a $4.6 million position; the fund has less than 0.1%% of its 13F portfolio invested in the stock. Other hedge funds that hold long positions include Ric Dillon’s Diamond Hill Capital, Eric D. Hovde’s Hovde Capital and Ken Griffin’s Citadel Investment Group.

Insider trading activity, especially when it’s bullish, is at its handiest when the primary stock in question has experienced transactions within the past six months. Over the latest half-year time frame, United Fire Group, Inc. (NASDAQ:UFCS) has experienced 5 unique insiders buying, and 5 insider sales (see the details of insider trades here).