Is This a Baby Berkshire Hathaway Inc. (BRK.B) or Not?

Editor’s Note: A previous version of this post stated that Leucadia had an interest in Fortescue Metals Group and Inmet Mining. This has been corrected. 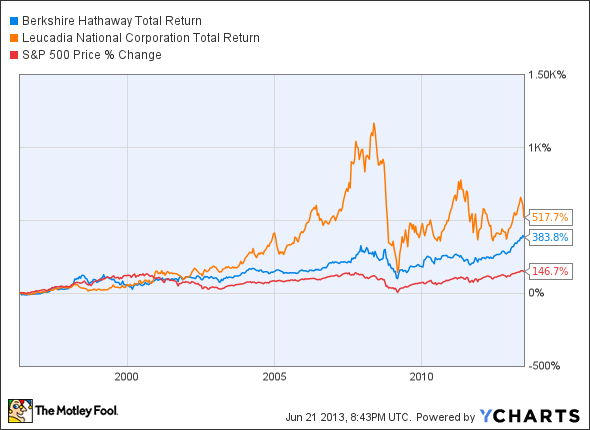 Leucadia, like Berkshire, has big hedge fund adherents; Bruce Berkowitz of Fairholme has been holding and adding to Leucadia for a 5.15% stake in Leucadia. Keynote speaker Whitney Tilson again recommended Berkshire as a buy at the Value Investing Congress.