Is There Strength In Numbers?

Published on December 12, 2017 at 11:31 am by Insider Monkey Staff in Bitcoin, Ethereum and Other Cryptocurrencies, News, Tech

It seems like hardly a week goes by without cryptocurrencies hitting the headlines for some reason or other. It’s usually Bitcoin that gets most of the press, mainly because it’s the first and biggest of them all, but there are many others now vying for supremacy. One interesting example is the relative newcomer Dash; interesting because it is an example of a cryptocurrency that is still finding it hard to compete with the big boys in terms of market cap and volume, but showing that the longevity and success of a digital currencies might ultimately by more down to usability and service than sheer numbers.

Unlike Bitcoin, Dash offers users an extra layer of privacy through a two tier verification system that obscures the origin and destination of transactions while still publicly registering and verifying ever transaction in a Blockchain ledger. Furthermore, Dash boasts faster transaction speeds than Bitcoin. The question is whether these improvements to the Bitcoin model are enough to rival the bigger currencies sheer advantages in terms of size, or if collective belief is the primary source of cryptocurrency stability.

What influences the stability of a cryptocurrency?

There are many elements that go towards affecting the price of a cryptocurrency like Dash. The first, and probably key, is the basic economic rule of supply and demand. Already a cryptocurrency has an immediate advantage over a traditional fiat currency as there is a theoretically finite amount that will ever be available. Therefore, if demand is high more cannot simply be produced to satisfy it and therefore the value rises.

Public perception is another factor that has a major effect on a cryptocurrency’s value. So those which offer real and unique advantages over their competitors, for example by being even more secure, can be perceived as being more desirable to own or trade in.

How do they compare to fiat currencies?

The overall stability of a cryptocurrency is also vital when it comes to the confidence that can be placed in it and this, traditionally, been based on five specific features: it should be a global reserve currency with a high level of liquidity, demand should be high, it should be backed by a country with a strong economy and it should be linked to gold.

Obviously, a cryptocurrency like Dash complies too few of these but, then again, it is a completely new kind of currency whose advantages include the fact this it is free from government or national controls. A number of economists have also identified the fact that a cryptocurrency is really more like a commodity than a currency – although this could start to change if it becomes more widely used. 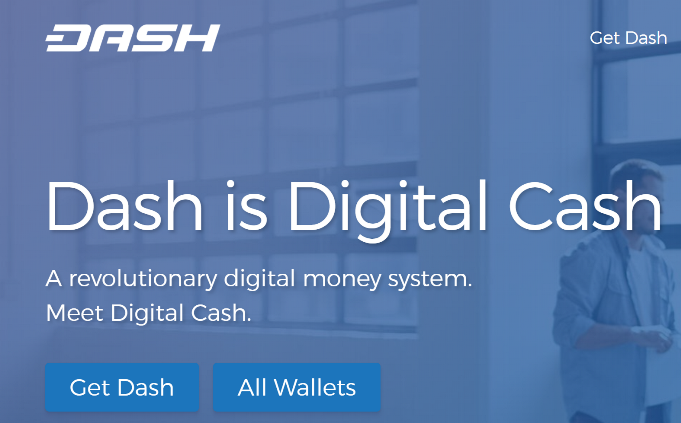 What can be said is that an increasing amount of institutions are taking an interest in Dash for its unique features. Faster transactions and privacy mean that Dash is more viable for real world use. And, large trading platforms now even believe in the coin to such an extent that they offer Dash as a tradable commodity. This is of course not the same as a government backing the value of the coin, as is the case with traditional fiat currencies, but its shows that institutional belief rather than sheer volume of people could be a new model for ensuring the stability of cryptocurrencies.

Why we should care

What does build stability, however, is a gradual and widespread adoption of a currency by institutions, governments and individuals. But it’s a Catch 22 situation in which they will need to be convinced of the stability before they act – and that’s going to be more than just a question of the numbers stacking up.

It will therefore be a waiting game to see if Dash can advance further on its rivals based on its superior technology, or if the giants of the crypto market will end up drowning it out. Either way, the future of Dash can tell us much about what it will take to create viable and future-proof decentralized currencies and help us identify those that are likely to succeed.