Is Target Corporation (TGT) Going to Burn These Hedge Funds?

If you’d ask most stock holders, hedge funds are viewed as slow, outdated financial tools of years past. While there are over 8000 funds with their doors open today, we look at the aristocrats of this club, about 450 funds. Most estimates calculate that this group has its hands on the lion’s share of the hedge fund industry’s total capital, and by watching their highest performing stock picks, we have deciphered a few investment strategies that have historically beaten the S&P 500 index. Our small-cap hedge fund strategy beat the S&P 500 index by 18 percentage points annually for a decade in our back tests, and since we’ve began to sharing our picks with our subscribers at the end of August 2012, we have beaten the S&P 500 index by 23.3 percentage points in 8 months (check out a sample of our picks).

Just as integral, positive insider trading activity is a second way to break down the stock market universe. Obviously, there are a number of incentives for a bullish insider to downsize shares of his or her company, but just one, very simple reason why they would buy. Several academic studies have demonstrated the market-beating potential of this tactic if investors know where to look (learn more here).

Consequently, it’s important to take a gander at the key action regarding Target Corporation (NYSE:TGT).

In preparation for this quarter, a total of 33 of the hedge funds we track were bullish in this stock, a change of -11% from the previous quarter. With hedge funds’ sentiment swirling, there exists a select group of key hedge fund managers who were boosting their stakes substantially. 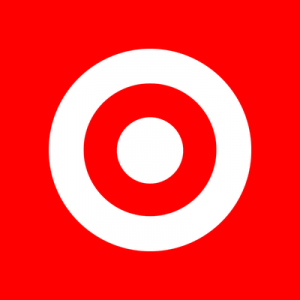 When looking at the hedgies we track, Levin Capital Strategies, managed by John A. Levin, holds the most valuable position in Target Corporation (NYSE:TGT). Levin Capital Strategies has a $127 million position in the stock, comprising 2.3% of its 13F portfolio. The second largest stake is held by Larry Robbins of Glenview Capital, with a $116.7 million position; the fund has 1.2% of its 13F portfolio invested in the stock. Remaining peers that hold long positions include Bill Miller’s Legg Mason Capital Management, Jean-Marie Eveillard’s First Eagle Investment Management and Phill Gross and Robert Atchinson’s Adage Capital Management.

Judging by the fact that Target Corporation (NYSE:TGT) has experienced declining sentiment from the smart money, we can see that there were a few fund managers who sold off their positions entirely in Q1. Intriguingly, SAC Subsidiary’s CR Intrinsic Investors dropped the biggest investment of the “upper crust” of funds we key on, valued at close to $14.2 million in stock.. Frank Brosens’s fund, Taconic Capital, also dropped its stock, about $11.8 million worth. These bearish behaviors are intriguing to say the least, as aggregate hedge fund interest was cut by 4 funds in Q1.

What have insiders been doing with Target Corporation (NYSE:TGT)?

Insider purchases made by high-level executives is most useful when the company in question has experienced transactions within the past half-year. Over the latest half-year time frame, Target Corporation (NYSE:TGT) has seen zero unique insiders buying, and 8 insider sales (see the details of insider trades here).