The past few months have been a whirlwind for T MOBILE US INC (NYSE:TMUS). The company merged with MetroPCS, rebranded itself as the “un-carrier”, launched the iPhone 5, went public, got slapped with a claim of deceptive practices, and most recently received a stock upgrade from UBS.

Investors have good reason to wary of T MOBILE US INC (NYSE:TMUS) right now, but there are a few glimmers of hope for the company’s future. 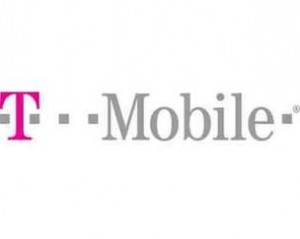 Any press is good press
One of the first dings against T MOBILE US INC (NYSE:TMUS) came in the midst of its “un-carrier” push, when the company said it had no contracts. Washington State Attorney General Bob Ferguson took issue with the claim, saying the company was being deceptive because T-Mobile customers still had to sign a contract with the company to pay off phones that weren’t purchased at full price.

In response to the court order, T MOBILE US INC (NYSE:TMUS) sent out a note to current customers clarifying the conditions of the repayment plan and also allowed customers to return their phone and cancel with T-Mobile with no penalties (for a limited time).

This may have been a bit of bad press, but it’s not completely illogical for T MOBILE US INC (NYSE:TMUS) to have assumed customers would know that they couldn’t just have a new phone — that they haven’t paid for in full ­– without some type of repayment contract. Although the incident didn’t paint T-Mobile in a positive light, investors should be more focused on T-Mobile’s numbers, which so far are looking pretty good.

A quick look at the numbers
The No. 4 carrier saw a customer increase of 579,000 in Q1 compared to the previous quarter. Meanwhile, T-Mobile’s churn rate decreased to 1.9%, which is the lowest it’s been in five years.

On top of this, the company has sold about 500,000 of Apple Inc. (NASDAQ:AAPL)‘s iPhones since it launched the device in mid-April. That’s a great start for the company, considering the No. 3 carrier in the U.S., Sprint Nextel Corporation (NYSE:S), sold 1.5 million iPhones in the same quarter. T-Mobile still has a long way to go to catch up to AT&T Inc. (NYSE:T) and Verizon Wireless’ Q1 iPhone sales, though, which were 4.8 million and 4 million, respectively.

When it comes to total customers, here’s how T-Mobile stacks up against the competition:

You can see from numbers that it has a long way to go in catching up to the competition, but as Sprint Nextel Corporation (NYSE:S) starts shutting down its Nextel part of the business, the company is losing customers to other carriers — which could be an advantage for T-Mobile.

Despite some of the positives for T-Mobile, the company is making a bold move into the no-contract realm, which is still new for most U.S. customers. While the rest of the world may be used to paying full price for phones and having no contracts, it’s still an unproven scenario for American consumers.

Risky business
Going forward, T-Mobile seems like a risky telecom stock right now, considering so much is riding on its “un-carrier” push and the fact that the company needs to significantly increase its customer base. In Q1, T-Mobile saw a 7% decline in revenue from the previous quarter, and while the company is still in transition mode, it needs to find a way to turn that number around.