Is Seneca Foods Corp (SENEA) A Good Stock to Buy?

It seems that the masses and most of the financial media hate hedge funds and what they do, but why is this hatred of hedge funds so prominent? At the end of the day, these asset management firms do not gamble the hard-earned money of the people who are on the edge of poverty. Truth be told, most hedge fund managers and other smaller players within this industry are very smart and skilled investors. Of course, they may also make wrong bets in some instances, but no one knows what the future holds and how market participants will react to the bountiful news that floods in each day. The S&P 500 Index gained 7.6% in the 12 month-period that ended November 21, while less than 49% of its stocks beat the benchmark. In contrast, the 30 most popular mid-cap stocks among the top hedge fund investors tracked by the Insider Monkey team returned 18% over the same period, which provides evidence that these money managers do have great stock picking abilities. That’s why we believe it isn’t a waste of time to check out hedge fund sentiment before you invest in a stock like Seneca Foods Corp (NASDAQ:SENEA).

Hedge fund interest in Seneca Foods Corp (NASDAQ:SENEA) shares was flat during the third quarter. This is usually a negative indicator. 7 hedge funds that we track owned the stock on September 30, same as on June 30. The level and the change in hedge fund popularity aren’t the only variables you need to analyze to decipher hedge funds’ perspectives. A stock may witness a boost in popularity but it may still be less popular than similarly priced stocks. That’s why at the end of this article we will examine companies such as Territorial Bancorp Inc (NASDAQ:TBNK), Golden Star Resources Ltd. (USA) (NYSEAMEX:GSS), and San Juan Basin Royalty Trust (NYSE:SJT) to gather more data points. 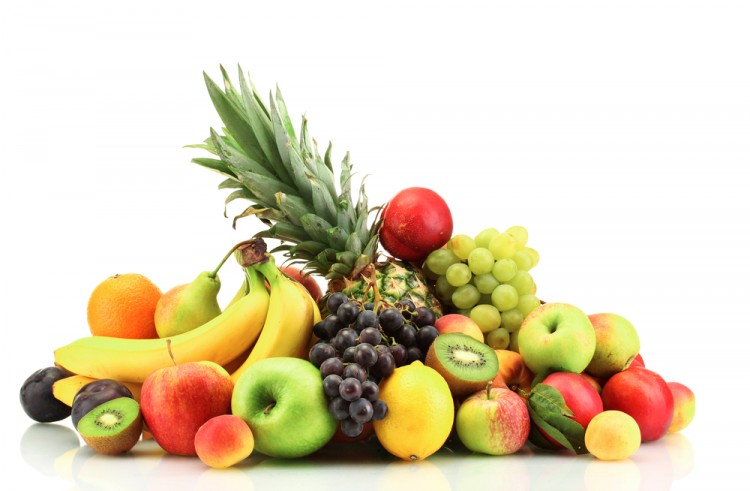 What does the smart money think about Seneca Foods Corp (NASDAQ:SENEA)?

At the end of the third quarter, a total of 7 of the hedge funds tracked by Insider Monkey were long this stock, unchanged from the second quarter of 2016. The graph below displays the number of hedge funds with bullish positions in SENEA over the last 5 quarters, which has remained largely flat during that time. With hedge funds’ sentiment swirling, there exists an “upper tier” of key hedge fund managers who were boosting their holdings substantially (or already accumulated large positions). 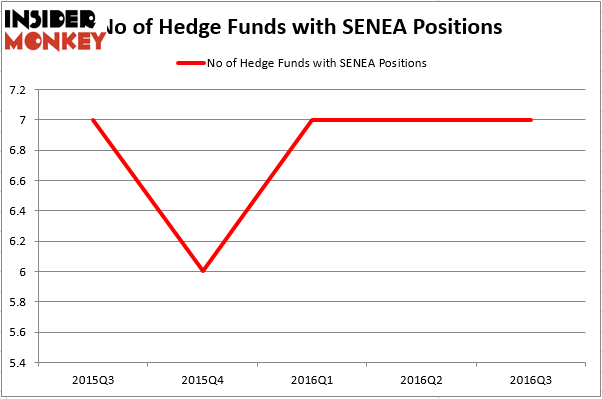 According to Insider Monkey’s hedge fund database, Chuck Royce’s Royce & Associates has the biggest position in Seneca Foods Corp (NASDAQ:SENEA), worth close to $8.3 million. Sitting at the No. 2 spot is Renaissance Technologies, one of the largest hedge funds in the world, with a $2.4 million position. Some other professional money managers that are bullish consist of Peter Rathjens, Bruce Clarke and John Campbell’s Arrowstreet Capital, Cliff Asness’ AQR Capital Management, and Ken Griffin’s Citadel Investment Group. We should note that none of these hedge funds are among our list of the 100 best performing hedge funds, which is based on the performance of their 13F long positions in non-micro-cap stocks.

Since Seneca Foods Corp (NASDAQ:SENEA) has sustained falling interest from the aggregate hedge fund industry, it’s easy to see that there lies a certain “tier” of hedge funds who were dropping their full holdings heading into Q4. It’s worth mentioning that Neil Chriss’ Hutchin Hill Capital said goodbye to the largest position of all the hedgies watched by Insider Monkey, totaling about $0.3 million in stock. Gavin Saitowitz and Cisco J. del Valle’s fund, Springbok Capital, also said goodbye to its stock, about $0.1 million worth.

As you can see these stocks had an average of 6 hedge funds with bullish positions and the average amount invested in these stocks was $21 million. That figure was $14 million in SENEA’s case. Golden Star Resources Ltd. (USA) (NYSEAMEX:GSS) is the most popular stock in this table. On the other hand Territorial Bancorp Inc (NASDAQ:TBNK) is the least popular one with only 5 bullish hedge fund positions. Seneca Foods Corp (NASDAQ:SENEA) is not the most popular stock in this group but hedge fund interest is still above average. This is a slightly positive signal but we’d rather spend our time researching stocks that hedge funds are piling on. In this regard GSS might be a better candidate to consider taking a long position in.