Is Regency Centers Corp (NYSE:REG) a great investment now? Investors who are in the know are taking an optimistic view. The number of bullish hedge fund bets moved up by 5 recently.

According to most traders, hedge funds are seen as worthless, outdated investment vehicles of yesteryear. While there are over 8000 funds with their doors open at present, we at Insider Monkey choose to focus on the leaders of this club, around 450 funds. It is estimated that this group oversees the majority of the smart money’s total asset base, and by paying attention to their highest performing stock picks, we have deciphered a few investment strategies that have historically beaten the broader indices. Our small-cap hedge fund strategy outpaced the S&P 500 index by 18 percentage points a year for a decade in our back tests, and since we’ve started sharing our picks with our subscribers at the end of August 2012, we have beaten the S&P 500 index by 24 percentage points in 7 months (explore the details and some picks here).

Just as key, positive insider trading sentiment is a second way to break down the world of equities. Obviously, there are plenty of motivations for a bullish insider to drop shares of his or her company, but just one, very clear reason why they would buy. Many empirical studies have demonstrated the impressive potential of this tactic if “monkeys” understand what to do (learn more here).

At the end of the fourth quarter, a total of 10 of the hedge funds we track were long in this stock, a change of 100% from the third quarter. With hedge funds’ positions undergoing their usual ebb and flow, there exists an “upper tier” of noteworthy hedge fund managers who were boosting their stakes substantially.

When looking at the hedgies we track, Ken Griffin’s Citadel Investment Group had the biggest position in Regency Centers Corp (NYSE:REG), worth close to $69.2 million, comprising 0.1% of its total 13F portfolio. Coming in second is D E Shaw, managed by D. E. Shaw, which held a $57.2 million position; 0.1% of its 13F portfolio is allocated to the company. Remaining hedgies that hold long positions include Jeffrey Furber’s AEW Capital Management, Jim Simons’s Renaissance Technologies and Israel Englander’s Millennium Management. 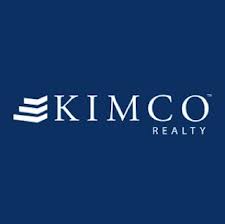