Is Quorum Health Corp (QHC) A Good Stock To Buy?

Hedge fund managers like David Einhorn, Dan Loeb, or Carl Icahn became billionaires through reaping large profits for their investors, which is why piggybacking their stock picks may provide us with significant returns as well. Many hedge funds, like Paul Singer’s Elliott Management, are pretty secretive, but we can still get some insights by analyzing their quarterly 13F filings. One of the most fertile grounds for large abnormal returns is hedge funds’ most popular small-cap picks, which are not so widely followed and often trade at a discount to their intrinsic value. In this article we will check out hedge fund activity in another small-cap stock: Quorum Health Corp (NYSE:QHC) .

Is Quorum Health Corp (NYSE:QHC) undervalued? The best stock pickers are unambiguously actually taking a pessimistic view. The number of bullish hedge fund positions that are disclosed in regulatory 13F filings fell by 4 lately. There were 17 hedge funds in our database with QHC positions at the end of the previous quarter. The level and the change in hedge fund popularity aren’t the only variables you need to analyze to decipher hedge funds’ perspectives. A stock may witness a boost in popularity but it may still be less popular than similarly priced stocks. That’s why at the end of this article we will examine companies such as Inventure Foods Inc (NASDAQ:SNAK), Hurco Companies, Inc. (NASDAQ:HURC), and Advent Claymore Convertible Securities and Income Fund of Beneficial Interest (NYSE:AGC) to gather more data points. 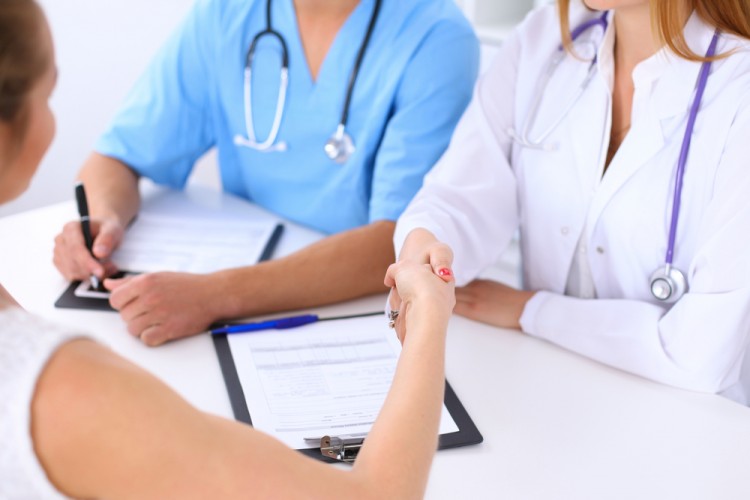 Keeping this in mind, we’re going to take a peek at the new action regarding Quorum Health Corp (NYSE:QHC).

At the end of the third quarter, a total of 13 of the hedge funds tracked by Insider Monkey were bullish on this stock, a drop of 24% from one quarter earlier. Below, you can check out the change in hedge fund sentiment towards QHC over the last 5 quarters. With the smart money’s sentiment swirling, there exists an “upper tier” of key hedge fund managers who were upping their stakes considerably (or already accumulated large positions). 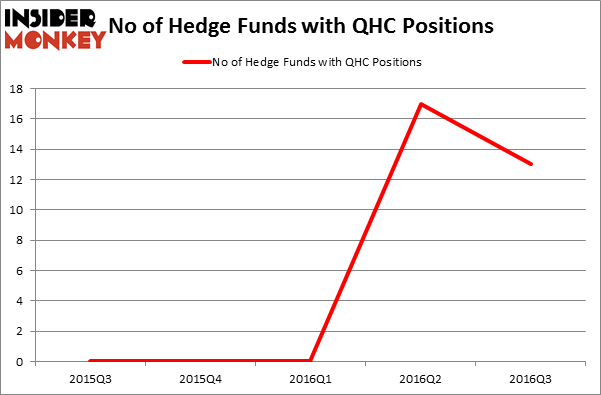 When looking at the institutional investors followed by Insider Monkey, David Einhorn’s Greenlight Capital has the largest position in Quorum Health Corp (NYSE:QHC), worth close to $15.7 million, accounting for 0.3% of its total 13F portfolio. The second most bullish fund manager is Conan Laughlin’s North Tide Capital holding a $15.7 million position; the fund has 1.7% of its 13F portfolio invested in the stock. Some other members of the smart money that are bullish comprise Noah Levy and Eugene Dozortsev’s Newtyn Management, John Petry’s Sessa Capital and Gabe Hoffman’s Accipiter Capital Management. We should note that Sessa Capital is among our list of the 100 best performing hedge funds which is based on the performance of their 13F long positions in non-microcap stocks.

Is BNC Bancorp (BNCN) A Good Stock to Buy?
Monthly Newsletter Strategy
Download a free copy of our newsletter and see the details inside!
Hedge Fund Resource Center
Related News
Hedge Funds Are Betting Big on These Q2 IPOs 11 Best Science YouTube Channels To Watch 10 Most Famous Cubist Paintings 5 Countries That Have the Most Drones
Billionaire Hedge Funds