Is Peoples Bancorp (PEBO) A Good Stock To Buy Now?

Hedge funds and large money managers usually invest with a focus on the long-term horizon and, therefore, short-lived dips or bumps on the charts usually don’t make them change their opinion towards a company. This time it may be different. The coronavirus pandemic destroyed the high correlations among major industries and asset classes. We are now in a stock pickers market where fundamentals of a stock have more effect on the price than the overall direction of the market. As a result we observe sudden and large changes in hedge fund positions depending on the news flow. Let’s take a look at the hedge fund sentiment towards Peoples Bancorp Inc. (NASDAQ:PEBO) to find out whether there were any major changes in hedge funds’ views.

Is Peoples Bancorp (PEBO) a good stock to buy now? PEBO investors should be aware of a decrease in enthusiasm from smart money in recent months. Peoples Bancorp Inc. (NASDAQ:PEBO) was in 7 hedge funds’ portfolios at the end of the third quarter of 2020. The all time high for this statistics is 11. There were 9 hedge funds in our database with PEBO holdings at the end of June. Our calculations also showed that PEBO isn’t among the 30 most popular stocks among hedge funds (click for Q3 rankings and see the video for a quick look at the top 5 stocks). 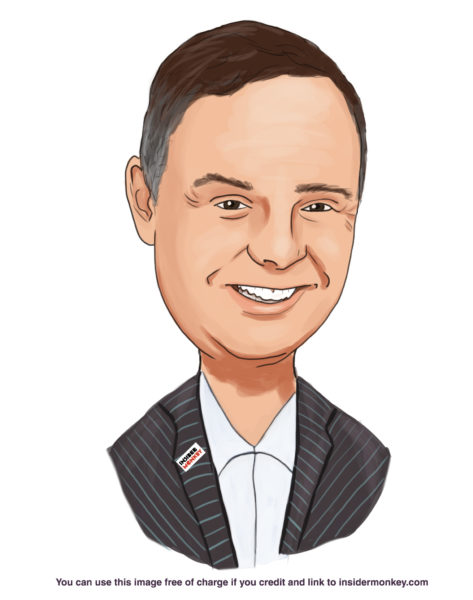 At Insider Monkey we scour multiple sources to uncover the next great investment idea. For example, Federal Reserve has been creating trillions of dollars electronically to keep the interest rates near zero. We believe this will lead to inflation and boost real estate prices. So, we recommended this real estate stock to our monthly premium newsletter subscribers. We go through lists like the 15 best blue chip stocks to pick the best large-cap stocks to buy. Even though we recommend positions in only a tiny fraction of the companies we analyze, we check out as many stocks as we can. We read hedge fund investor letters and listen to stock pitches at hedge fund conferences. You can subscribe to our free daily newsletter on our website. Now let’s take a look at the new hedge fund action surrounding Peoples Bancorp Inc. (NASDAQ:PEBO).

What does smart money think about Peoples Bancorp Inc. (NASDAQ:PEBO)? 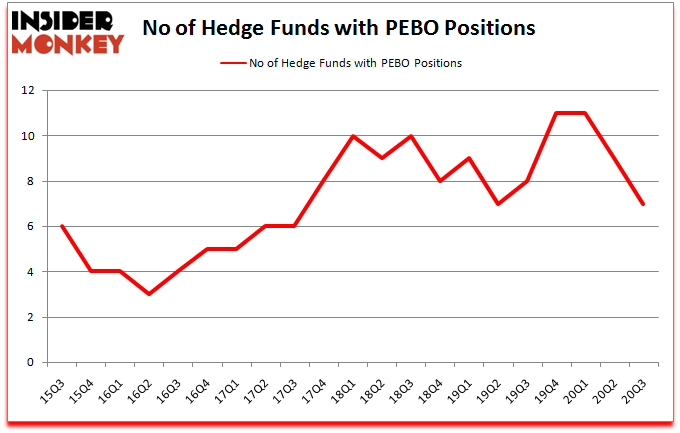 Among these funds, Renaissance Technologies held the most valuable stake in Peoples Bancorp Inc. (NASDAQ:PEBO), which was worth $6.2 million at the end of the third quarter. On the second spot was Mendon Capital Advisors which amassed $1.4 million worth of shares. Citadel Investment Group, Two Sigma Advisors, and Winton Capital Management were also very fond of the stock, becoming one of the largest hedge fund holders of the company. In terms of the portfolio weights assigned to each position Mendon Capital Advisors allocated the biggest weight to Peoples Bancorp Inc. (NASDAQ:PEBO), around 0.84% of its 13F portfolio. Winton Capital Management is also relatively very bullish on the stock, dishing out 0.01 percent of its 13F equity portfolio to PEBO.

Judging by the fact that Peoples Bancorp Inc. (NASDAQ:PEBO) has faced declining sentiment from the aggregate hedge fund industry, it’s easy to see that there were a few hedgies that slashed their positions entirely last quarter. Intriguingly, Roger Ibbotson’s Zebra Capital Management cut the largest investment of all the hedgies monitored by Insider Monkey, worth about $0.4 million in stock, and Matthew Hulsizer’s PEAK6 Capital Management was right behind this move, as the fund dropped about $0 million worth. These bearish behaviors are interesting, as aggregate hedge fund interest dropped by 2 funds last quarter.

As you can see these stocks had an average of 11.4 hedge funds with bullish positions and the average amount invested in these stocks was $52 million. That figure was $10 million in PEBO’s case. BioDelivery Sciences International, Inc. (NASDAQ:BDSI) is the most popular stock in this table. On the other hand Donegal Group, Inc. (NASDAQ:DGICB) is the least popular one with only 1 bullish hedge fund positions. Peoples Bancorp Inc. (NASDAQ:PEBO) is not the least popular stock in this group but hedge fund interest is still below average. Our overall hedge fund sentiment score for PEBO is 37.1. Stocks with higher number of hedge fund positions relative to other stocks as well as relative to their historical range receive a higher sentiment score. Our calculations showed that top 20 most popular stocks among hedge funds returned 41.3% in 2019 and outperformed the S&P 500 ETF (SPY) by 10 percentage points. These stocks gained 31.6% in 2020 through December 2nd and still beat the market by 16 percentage points. A small number of hedge funds were also right about betting on PEBO as the stock returned 38.4% since the end of the third quarter (through 12/2) and outperformed the market by an even larger margin.

Hedge Funds Have Never Been This Bullish On Identiv, Inc. (INVE)