Is Molex Incorporated (MOLX) Going to Burn These Hedge Funds?

What should a smart Molex Incorporated (NASDAQ:MOLX) investor do?

In the 21st century investor’s toolkit, there are dozens of metrics market participants can use to track their holdings. A pair of the best are hedge fund and insider trading activity. At Insider Monkey, our research analyses have shown that, historically, those who follow the best picks of the elite investment managers can outclass the market by a significant amount (see just how much). 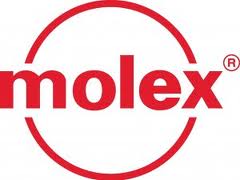 Just as useful, positive insider trading activity is a second way to look at the marketplace. Just as you’d expect, there are plenty of stimuli for an executive to sell shares of his or her company, but just one, very clear reason why they would behave bullishly. Many academic studies have demonstrated the valuable potential of this tactic if shareholders understand what to do (learn more here).

Now that that’s out of the way, let’s discuss the latest info for Molex Incorporated (NASDAQ:MOLX).

What have hedge funds been doing with Molex Incorporated (NASDAQ:MOLX)?

At Q2’s end, a total of 12 of the hedge funds we track were bullish in this stock, a change of -25% from the first quarter. With hedgies’ capital changing hands, there exists a few key hedge fund managers who were boosting their holdings substantially.

According to our 13F database, Royce & Associates, managed by Chuck Royce, holds the largest position in Molex Incorporated (NASDAQ:MOLX). Royce & Associates has a $245.4 million position in the stock, comprising 0.8% of its 13F portfolio. On Royce & Associates’s heels is Winton Capital Management, managed by David Harding, which held a $57.9 million position; the fund has 0.7% of its 13F portfolio invested in the stock. Some other hedgies that are bullish include Edgar Wachenheim’s Greenhaven Associates, Malcolm Fairbairn’s Ascend Capital and Ken Griffin’s Citadel Investment Group.

Judging by the fact that Molex Incorporated (NASDAQ:MOLX) has faced bearish sentiment from the smart money’s best and brightest, it’s safe to say that there is a sect of hedge funds that decided to sell off their entire stakes heading into Q2. Intriguingly, Jim Simons’s Renaissance Technologies said goodbye to the largest position of the “upper crust” of funds we key on, totaling close to $8.5 million in stock, and Steven Cohen of SAC Capital Advisors was right behind this move, as the fund dumped about $4.1 million worth. These bearish behaviors are important to note, as total hedge fund interest dropped by 4 funds heading into Q2.

What have insiders been doing with Molex Incorporated (NASDAQ:MOLX)?

Bullish insider trading is best served when the company in question has seen transactions within the past 180 days. Over the latest 180-day time frame, Molex Incorporated (NASDAQ:MOLX) has seen zero unique insiders buying, and zero insider sales (see the details of insider trades here).

We’ll check out the relationship between both of these indicators in other stocks similar to Molex Incorporated (NASDAQ:MOLX). These stocks are AVX Corporation (NYSE:AVX), Amphenol Corporation (NYSE:APH), LG Display Co Ltd. (ADR) (NYSE:LPL), Acuity Brands, Inc. (NYSE:AYI), and Dolby Laboratories, Inc. (NYSE:DLB). This group of stocks are the members of the diversified electronics industry and their market caps resemble MOLX’s market cap.

This Metric Says You Are Smart to Buy American Electric Power Company, Inc. (...