Like everyone else, elite investors make mistakes. Some of their top consensus picks, such as Amazon, Facebook and Alibaba, have not done well in Q4 due to various reasons. Nevertheless, the data show elite investors’ consensus picks have done well on average over the long-term. The top 20 stocks among hedge funds beat the S&P 500 Index ETF by more than 6 percentage points so far this year. Because their consensus picks have done well, we pay attention to what elite funds think before doing extensive research on a stock. In this article, we take a closer look at Marathon Petroleum Corp (NYSE:MPC) from the perspective of those elite funds.

Is Marathon Petroleum Corp (NYSE:MPC) the right pick for your portfolio? Money managers are turning less bullish. The number of bullish hedge fund bets retreated by 7 lately. Our calculations also showed that MPC isn’t among the 30 most popular stocks among hedge funds. MPC was in 65 hedge funds’ portfolios at the end of March. There were 72 hedge funds in our database with MPC holdings at the end of the previous quarter.

In the eyes of most traders, hedge funds are assumed to be unimportant, outdated investment tools of years past. While there are over 8000 funds with their doors open today, Our researchers choose to focus on the top tier of this club, about 750 funds. These hedge fund managers control bulk of the smart money’s total capital, and by paying attention to their unrivaled picks, Insider Monkey has identified numerous investment strategies that have historically defeated Mr. Market. Insider Monkey’s flagship hedge fund strategy exceeded the S&P 500 index by around 5 percentage points a year since its inception in May 2014 through the end of May. We were able to generate large returns even by identifying short candidates. Our portfolio of short stocks lost 30.9% since February 2017 (through May 30th) even though the market was up nearly 24% during the same period. We just shared a list of 5 short targets in our latest quarterly update and they are already down an average of 11.9% in less than a couple of weeks whereas our long picks outperformed the market by 2 percentage points in this volatile 2 week period.

What have hedge funds been doing with Marathon Petroleum Corp (NYSE:MPC)? 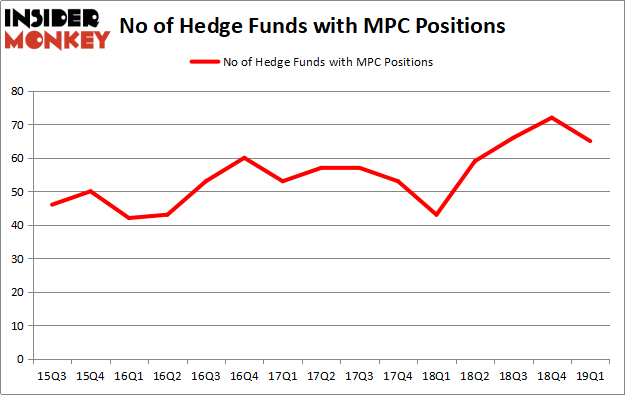 According to Insider Monkey’s hedge fund database, Andreas Halvorsen’s Viking Global has the largest position in Marathon Petroleum Corp (NYSE:MPC), worth close to $822.5 million, corresponding to 4.7% of its total 13F portfolio. The second largest stake is held by D E Shaw, managed by D. E. Shaw, which holds a $336.3 million position; the fund has 0.4% of its 13F portfolio invested in the stock. Other hedge funds and institutional investors with similar optimism consist of Robert Pitts’s Steadfast Capital Management, Cliff Asness’s AQR Capital Management and Steve Cohen’s Point72 Asset Management.

Because Marathon Petroleum Corp (NYSE:MPC) has experienced falling interest from the smart money, logic holds that there lies a certain “tier” of funds that elected to cut their positions entirely last quarter. At the top of the heap, David Cohen and Harold Levy’s Iridian Asset Management dumped the biggest investment of the 700 funds watched by Insider Monkey, valued at close to $303.9 million in stock, and Alec Litowitz and Ross Laser’s Magnetar Capital was right behind this move, as the fund sold off about $49.6 million worth. These moves are intriguing to say the least, as total hedge fund interest dropped by 7 funds last quarter. 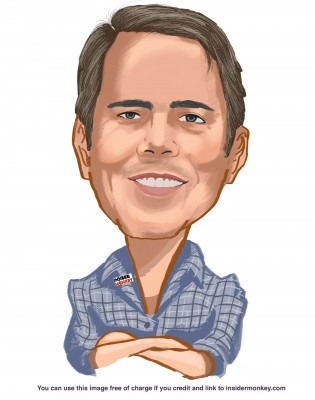