Is LyondellBasell Industries A Good Bet?

Low crude prices have been a mixed bag for LyondellBasell. On one hand, weak crude prices lower the price of the feedstock that the company uses, which increases margins. On the other hand, weak crude prices decrease the company’s sales because many plastic and chemical end products prices are correlated with crude prices. Moreover, weak crude prices narrow LyondellBasell Industries’ North American advantage. Due to friendly regulations and shale technology, natural gas is substantially cheaper in the U.S than in Europe and Asia. The cheaper natural gas allows American chemical companies to use cheap ethane to produce ethylene, while foreign companies have to use the more expensive crude-derived naphtha to produce the essential hydrocarbon. Because crude prices have fallen, however, foreign naphtha costs have declined and LyondellBasell Industries’ advantage has decreased. This has trimmed LyondellBasell’s North American margins from what they were in 2014. 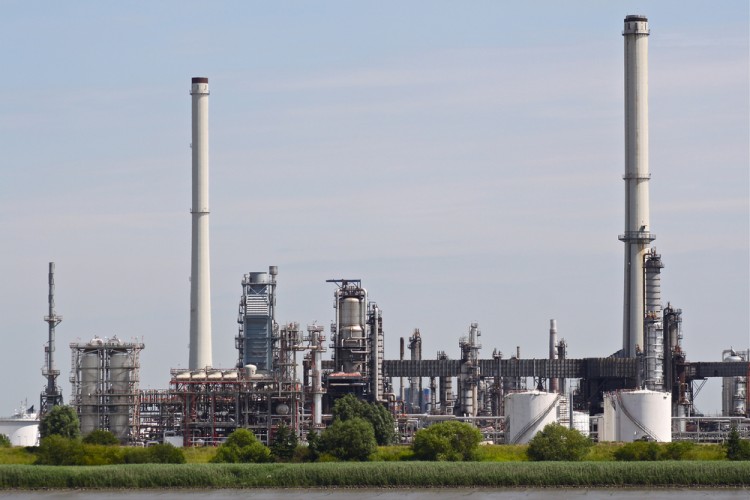 Despite the challenging industry conditions and the sluggish global macro-economic environment, LyondellBasell reported excellent third quarter results, with earnings of $2.80 per share on revenues of $8.33 billion, beating profit expectations by $0.23 per share. Quarterly EBITDA was $2 billion, while income from continuing operations was $1.2 billion. Guidance was upbeat in light of the industry volatility, with management expecting demand to be stable in 2016.

Given the excellent results, LyondellBasell’s dividend is secure and has room to grow. Because natural gas prices have been so low, the company has been a free cash flow machine, with a trailing free cash flow of $5.3 billion versus a last twelve month dividend payout of $1.4 billion. That translates to a dividend coverage of over 3x. The company is also only modestly leveraged, with a total debt/last twelve month EBITDA of 1x.

Although LyondellBasell’s margins have peaked as the company’s advantage over European and Asian producers has narrowed, management is doing a good job of controlling costs and allocating capital. Given that the cost of producing natural gas from shale in the U.S is so much cheaper than extracting natural gas in other regions of the world, LyondellBasell’s dividend is secure and has potential to grow 5-to-10% annually for the foreseeable future. In the long run, crude prices will normalize, and LyondellBasell’s advantage over European and Asian chemical producers will widen again. That could translate to higher margins and more FCF. With a forward PE of 9.29 and dividend yield of 3%, shares are attractive for long-term investors.

According to our data gathered from around 730 elite funds, hedge funds were bullish on LyondellBasell Industries NV (NYSE:LYB) in the second quarter. A total of 61 funds reported stakes in the company worth $4.98 billion, representing 10.20% of the float as of the end of June. That compares favorably to the 57 funds which held $3.73 billion in shares at the end of March. Among the funds with large LyondellBasell positions at the end of the third quarter was Andreas Halvorsen‘s Viking Global, with a stake of 13.51 million shares.

Most investors don’t understand hedge funds and indicators that are based on hedge funds’ activities. They ignore hedge funds because of their recent poor performance in the bull market. Our research indicates that hedge funds underperformed because they aren’t 100% long. Hedge fund fees are also very large compared to the returns generated and they reduce the net returns experienced by investors. We uncovered that hedge funds’ long positions actually outperformed the market. For instance the 15 most popular small-cap stocks among funds beat the S&P 500 Index by 53 percentage points since the end of August 2012. These stocks returned a cumulative of 102% vs. a 48.6% gain for the S&P 500 Index (see the details here). That’s why we believe investors should pay attention to what hedge funds are buying (rather than what their net returns are).