Lululemon Athletica inc. (NASDAQ:LULU) posted better than expected earnings today, but how does this play for the Canadian company that has been seeing a decline in its stock price for about a year now, in terms of it being an acquisition target? CNBC‘s Sara Eisen asked this question Sam Poser, who is a senior research analyst at Sterne Agee. 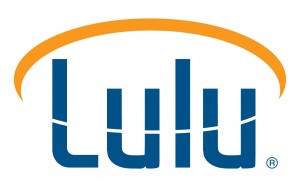 “[…] It’s a culture game there and I think it’s very hard to sustain that kind of culture, especially when it gets bought by any number of companies people have been speculating about. I think it’s much more complicated, especially because of the way the goods are priced. It doesn’t give them a lot of whole sale opportunities without the prices going up significantly […],” said Poser.

Despite a better earnings figure than expected, Poser highlighted a number of shortcomings in the company’s business model. He believes that Lululemon Athletica inc. (NASDAQ:LULU)’s success has equally been dependent on both its products and its service. While the company has been trying to improve the product, which in this case is its yoga apparel, the service is still at a low level, according to Poser.

He indicated problems in leadership at the store level which has led to a 5% decline, on a constant currency basis, in retail stores that Lululemon Athletica inc. (NASDAQ:LULU) owns itself. Poser argued that since nearly 30% of  Lululemon’s own stores are less than three years old,  sales should have been better.

Lululemon Athletica inc. (NASDAQ:LULU) is also looking to benefit from the release of its new line of apparel which has a street wear focus to it. However, without improving on its current product line and service as Poser pointed out it would be hard for the yoga apparel company to attract new customers. This is partly reflected in Poser’s statement that despite the improvement in traffic at the company’s retail outlets, conversion rate has  remained low, which means that customers are continuing to be lost to other companies.

Will Bullish Attitude Towards Lululemon Athletica inc. (LULU) Be Worth the...